Mr. Grier joined the league as a field judge in 1981 and was elevated to referee, or crew chief, seven years later, becoming a mentor to other Black officials.

The N.F.L. referee Johnny Grier during a game between the Oakland Raiders and the Buffalo Bills in 1999. He minimized his status as a pioneer, noting that “the first time I make a call that goes against somebody that they don’t like, I’m going to be just another referee.”Credit…George Gojkovich/Getty Images

Johnny Grier, who became the first Black referee in the National Football League in 1988 and remained in that position, the top one in an officiating crew, for 16 years, died on Tuesday in Pasadena, Md. He was 74.

His death was announced by his granddaughter Bryanna Grier. She did not cite a cause.

Mr. Grier had been a high school and college official when he joined the league in 1981 as a field judge, positioned on the sideline in the defensive backfield. He worked at first for the referee Jim Tunney’s officiating crew.

“I said, ‘John, this is your first year, and I’d like to make you the backup referee, so every time we have a crew conference, you come and listen, and if you have any suggestions, let me know.’ Mr. Tunney recalled in a phone interview. “He studied hard and knew the rules, and was good with the coaches and players.”

After four years, Mr. Grier moved to the crew headed by the referee Dick Jorgensen. In 1988, shortly before he was promoted to referee, he was the field judge for Super Bowl XXII.

Mr. Grier minimized his status as a pioneer. He told Ebony magazine in 1988 that “the first time I make a call that goes against somebody that they don’t like, I’m going to be just another referee.”

He believed that he had an easier job as a referee — which he called babysitting the quarterback — than as a field judge.

“As a field judge, I was 25 yards deep downfield,” he once said in an interview on the syndicated TV program “The George Michael Sports Machine.” “Nobody was supposed to get behind me, and back during that time, you think about keeping up with guys like Willie Gault and Ron Brown. I was exhausted after the game was over.”

Wayne Mackie, a former head linesman who is now the league’s vice president of officiating, training and development, agreed that being a field judge takes a toll, and not just physically. “You can bet he was mentally exhausted,” he said of Mr. Grier in a phone interview.

A leg injury during a game in 2004 caused Mr. Grier to stop officiating. He then worked in the league office and was its Northeast regional officiating supervisor. 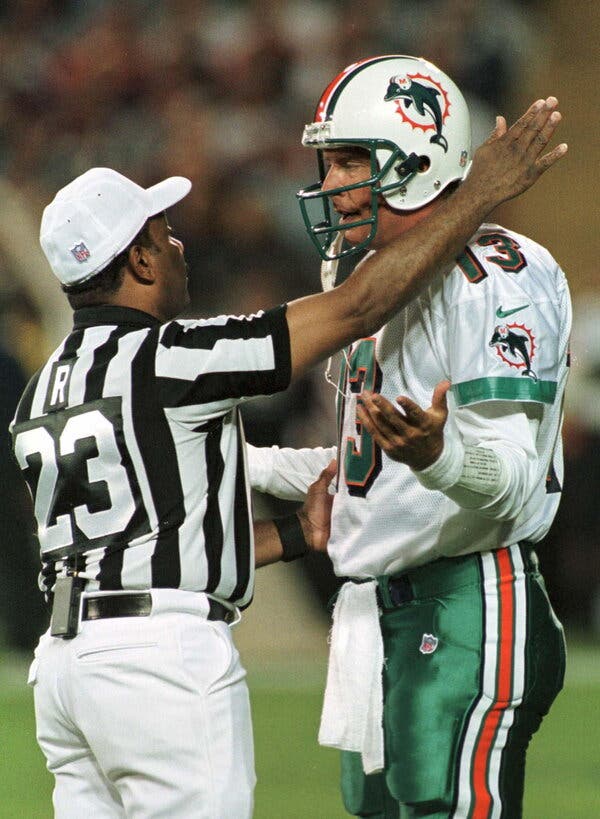 Johnny Grier was born on April 16, 1947 in Charlotte, N.C. His father, Walter, was a construction worker; his mother, Ruth (Minor) Grier, was a homemaker.

Johnny was 18 when he began officiating basketball games at Dunbar High School in Washington, from which he had graduated. He called football games while serving in the Air Force in Shreveport, La. After his discharge, he officiated at college games, first for the Mid-Eastern Athletic Conference, and then for the Atlantic Coast Conference, before the N.F.L. hired him.

Officiating is not a full-time job, so for many years Mr. Grier was an engineer for C & P Telephone (which later became part of Bell Atlantic). He earned a bachelor of business administration degree at the University of the District of Columbia in 1987 and a master’s there six years later.

In addition to his granddaughter Bryanna, he is survived by another granddaughter, Brytani Grier; his son, Lowell; and his sister, Donna Grier. 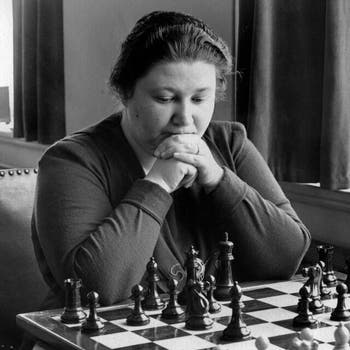 For several years starting in the late 1990s, Mr. Grier was the director of officiating for the Mid-Eastern conference. While there, he hired Annice Canady, who became the first woman to officiate a Division I football game.

Mr. Mackie said that Mr. Grier had been an important mentor to him and other Black officials, both at the college level and in the N.F.L. In 1999, Mr. Mackie was an official with the Mid-Eastern conference when Mr. Grier recommended him for a job in the Atlantic 10 conference, which served as a feeder for the stronger Big East Conference but which lacked Black officials.

Mr. Mackie recalled Mr. Grier telling him, “‘I want them to know what kind of officiating program I’m building, so they can no longer say they can’t find African American officials.’”

An earlier version of this obituary misstated part of the name of a conference for which Mr. Grier officiated at college football games. It is the Mid-Eastern Athletic Conference, not Mid-East.

Richard Sandomir is an obituaries writer. He previously wrote about sports media and sports business. He is also the author of several books, including “The Pride of the Yankees: Lou Gehrig, Gary Cooper and the Making of a Classic.”

A version of this article appears in print on March 12, 2022, Section A, Page 21 of the New York edition with the headline: Johnny Grier, 74, First Black N.F.L. Referee.