Alma Wahlberg was remembered fondly by two of her children, actors Mark and Donnie Wahlberg. 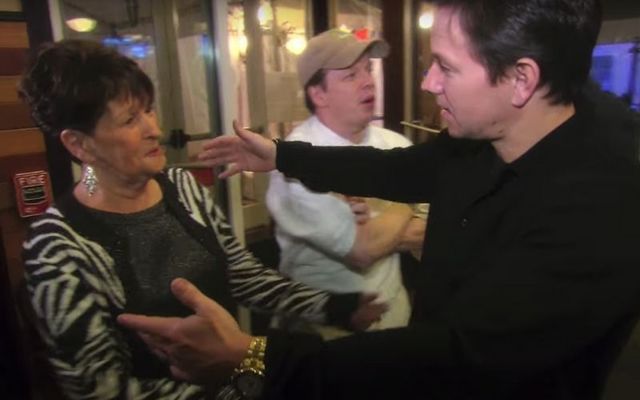 Alma Wahlberg and her son Mark Wahlberg in a clip from the television show “Wahlburgers.” WAHLBURGERS, YOUTUBE

The matriarch of the famous Wahlberg family has died at the age of 78. It had been previously revealed that she was suffering from dementia.

Actor Mark Wahlberg, whose great-grandmother Sarah A. Doherty was born in Ireland in 1873, has paid tribute to his mother Alma Wahlberg, 78, upon her passing.

Mark, who famously starred in “The Departed” and “The Lovely Bones” to name but a few, posted a tribute to his “angel” motherAlma on Instagram on April 18:

“I’m so blessed to have been brought into this world by, raised by, taught by and set on my life’s path by, such an amazing woman.

“My mom Alma’s joy for life, love, and people – combined with a pride in her humble beginnings and refusal to forget where she came from – undoubtedly shaped me into the man that I am.

“I’ve often said, ‘if you like anything about me, I got it from Alma’. I say that because it’s true.”

Alma Wahlberg and her family became a household name in the USA from their reality television series the Wahlburgers that aired from 2014 to 2019 and ran for ten seasons.
The series was based on the casual dining burger restaurant and bar Wahlburgers, a chain of restaurants that started in the Greater Boston town of Hingham, Massachusetts.

Wahlburgers is owned by chef Paul Wahlberg in partnership with his brothers, actors Donnie Wahlberg and Mark Wahlberg, and also featured their mother Alma.

Her son Paul named the Alma Nove restaurant, which opened in 2010 at Hingham, Massachusetts, after his mother.

Sign up to IrishCentral’s newsletter to stay up-to-date with everything Irish!