Aaron Hall Once Boldly Dissed The Hell Outta R. Kelly…And He Held Nothing Back

Many of us old school R&B fans once believed Guy member, Aaron Hall, was the laid-back, romantic, R&B crooner type. However, ever since social media emerged, giving Aaron the opportunity to let his true light shine, we’ve learned otherwise.

Those beautiful love songs Aaron sang back in the day were just that — songs — and not exactly a complete representation of who Aaron, the man, is. He’s really one of the rawest and uncensored R&B cats out there, who cusses up a storm, and will tell it like it is, no matter who gets offended by it…which brings us to his thoughts on R.Kelly. And this time, it has nothing to do with Kelly’s recent conviction…apparently Aaron Hall wasn’t diggin’ Kelly long before that. 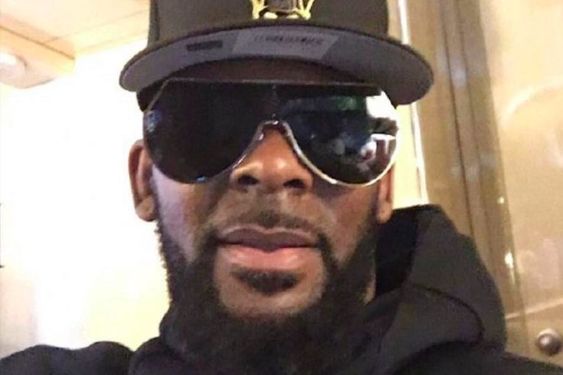 R. Kelly
Aaron Hall’s diss occurred during a now-deleted video interview with CarltonJordan.com, and it’s from a while back, but still very entertaining nonetheless. Why? Because while speaking on R.Kelly and other R&B dudes, let’s just say *in R. Kelly’s voice* Aaron Hall’s ‘mind was telling him noooooo, but his ego, his EGO was telling him YE-E-EEEES!’ Aaron ‘ain’t tryna hurt nobody, but there is something that he must CONFE-E-E-ESSSSS!‘ And that is, that R. Kelly jacked his entire style…at least, according to A. Hall he did.

Aaron Hall: “I know a lot of people out there are saying that R. Kelly stole my style,” Hall said. “But remember he can’t touch my swagger. I got that old school swag, that ’80s swag, and ain’t nobody touching that.”

“You should never get mad when someone copies your style, you should feel flattered because everyone knows where they got it from. Like [R.Kelly], he can’t get dropped off in the streets because the streets love me and they know a thief when they see one. Shout out to thieves because I love them.”
His thoughts on The Dream and Trey Songz at that time:

“…As far as music goes, he [The Dream] needs to lose some weight. He writes good songs, but he definitely needs to slim down and I hope he sees this. …

As far as Trey Songz…I’m glad he’s got R. Kelly by the headlock, copying his style, but the king of R&B, nobody can touch my vocals.”

Oop! And there ya’ have I Love Old School Music fam’…Aaron Hall said what he said. Granted, R. Kelly, nor Trey Songz and The Dream probably do not like Aaron Hall’s views of them…but we have a strong feeling that Aaron doesn’t quite give a damn.

And besides, when it comes to the “Bump ‘N Grind” crooner…he has much bigger issues on his hands at this time — like the 30-year prison bid he’s just began serving at MDC Brooklyn. Just sayin.’ 🤷🏾‍♂️