Cardi B on Saturday responded to criticism from MMA fighter Jake Shields after he criticized her as a bad example for kids.

Shields, 43, brought up name of the 29-year-old musical superstar as he was critical of the banning of influencer/former kickboxer Andrew Tate, 35, from multiple social media platforms including Instagram, Facebook, and TikTok. 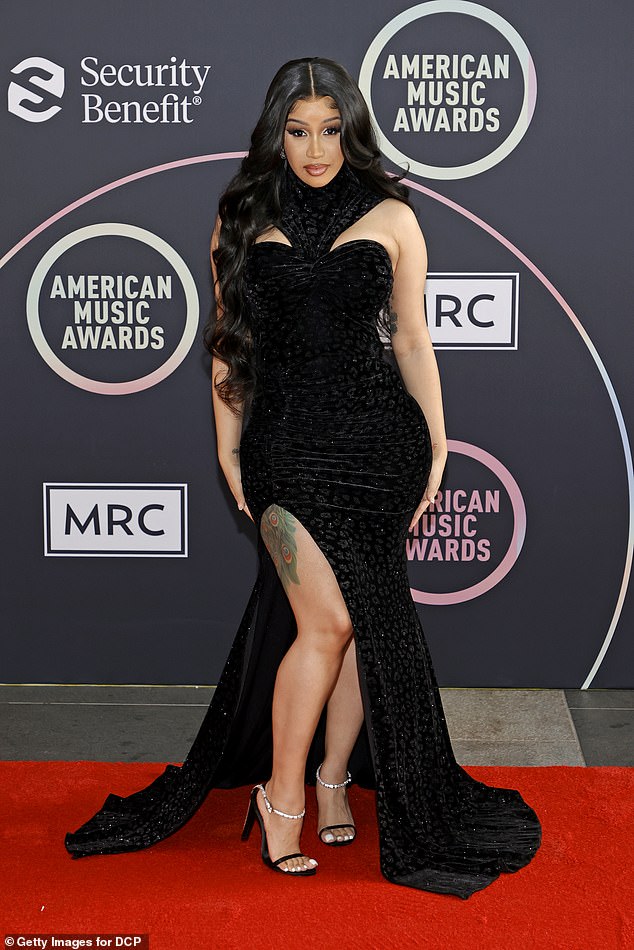 Back and forth: Cardi B, 29, on Saturday responded to criticism from MMA fighter Jake Shields after he criticized her as a bad example for kids. She was pictured last year in LA

A TikTok spokesperson told NPR, ‘Misogyny is a hateful ideology that is not tolerated on TikTok.

‘Our investigation into this content is ongoing, as we continue to remove violative accounts and videos, and pursue measures to strengthen our enforcement, including our detection models, against this type of content.’

Tate had been banned from Twitter in 2017 after remarks that ra*e victims ‘bear responsibility,’ and that women belong at home, Buzzfeed reported.
Cardi B’s name was mentioned by Shields in a tweet as he wrote, ‘People are freaking out about young boys looking up to Andrew Tate but totally fine with young girls looking up to Cardi B and the Kardashians. 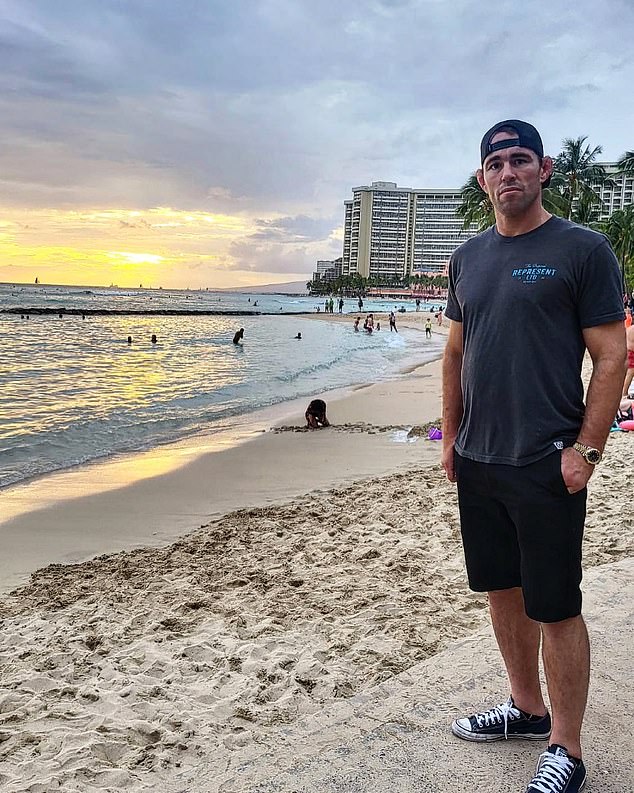 Shields said that Cardi B and the Kardashians were poor role models for youth after influencer Andrew Tate was banned from Facebook, Instagram and TikTok 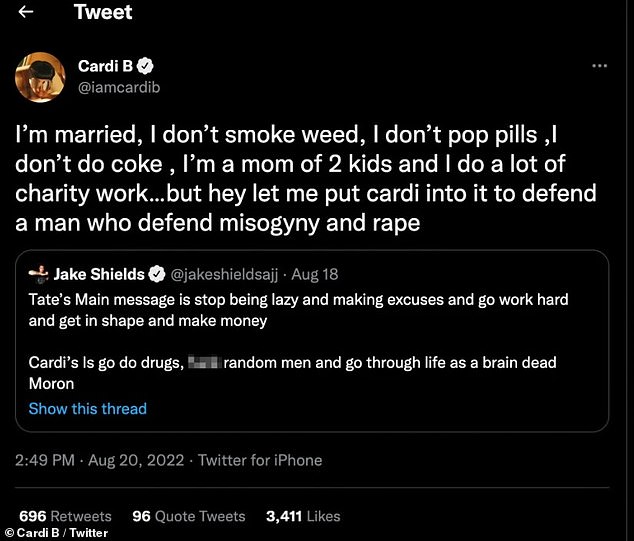 ‘Tate’s main message is stop being lazy and making excuses and go work hard and get in shape and make money. Cardi’s is go do dr*gs, f*** random men and go through life as a brain dead moron.’

The I Like It artist, 29, defended herself, writing, ‘I’m married, I don’t smoke we*d, I don’t pop pills, I don’t do coke.’
The Bodak Yellow artist, who is mother to children Kulture, four, and Wave, 11 months, added, ‘I’m a mom of 2 kids and I do a lot of charity work…but hey let me put cardi into it to defend a man who defend misogyny and ra*e.’

The New York native, whose full name is Belcalis Marlenis Almánzar, appeared to delete her tweet following the exchange.
Cardi B in 2020 donated $1 million donation toward coronavirus relief, and also funded the purchase of 20,000 meals toward frontline workers in New York.