LaShawn Thomas tells Page Six exclusively in a lengthy statement that Wells Fargo financial adviser Lori Schiller, who no longer works for Williams but is embroiled in her lawsuit against the bank, is attempting to “muddy the waters” by allegedly contributing to a false report that Williams’ son misused her American Express card.

“The real issue is that Wells Fargo, through their adviser, refused to grant Wendy access to her own accounts, this includes the right to check her balance,” Thomas says.

“No bank should have the authority to do that. No one attempted to gain access to any of Wendy’s accounts. The Wells Fargo adviser and [former manager Bernie Young] were the only people with access. … They left Wendy to die.”

Wendy Williams’ former attorney LaShawn Thomas details what happened between the talk show host and her old team that led to her guardianship.
Thomas explains that because Williams, 58, had no access to any of her funds, she was forced to use her AmEx for “all of her living expenses,” including flights to and from New York for doctor’s appointments, groceries, etc. Since the shock jock’s health has taken a turn, her 22-year-old son, Kevin Hunter Jr., has stepped in to help her “both mentally and physically with the assistance of a team of doctors,” according to the lawyer.

“He coordinated all of her appointments, made sure she attended all appointments, cooked and cleaned for his mother,” Thomas’ statement continues. “He absolutely loves his mother without question, and no one should place any blame or allegations of wrongdoing at his feet.”

The defense of Kevin Jr. comes after a report claimed he had charged $100,000 to his mom’s credit card without authorization and “demanded” Schiller pay it. The validity of the report is unclear, as it was pegged to an anonymous source, but the University of Miami student denied the claims in a statement, telling the US Sun, “I vehemently deny any allegations of unauthorized use of my mother’s American Express card. This is a false narrative perpetuated to justify freezing her accounts.” 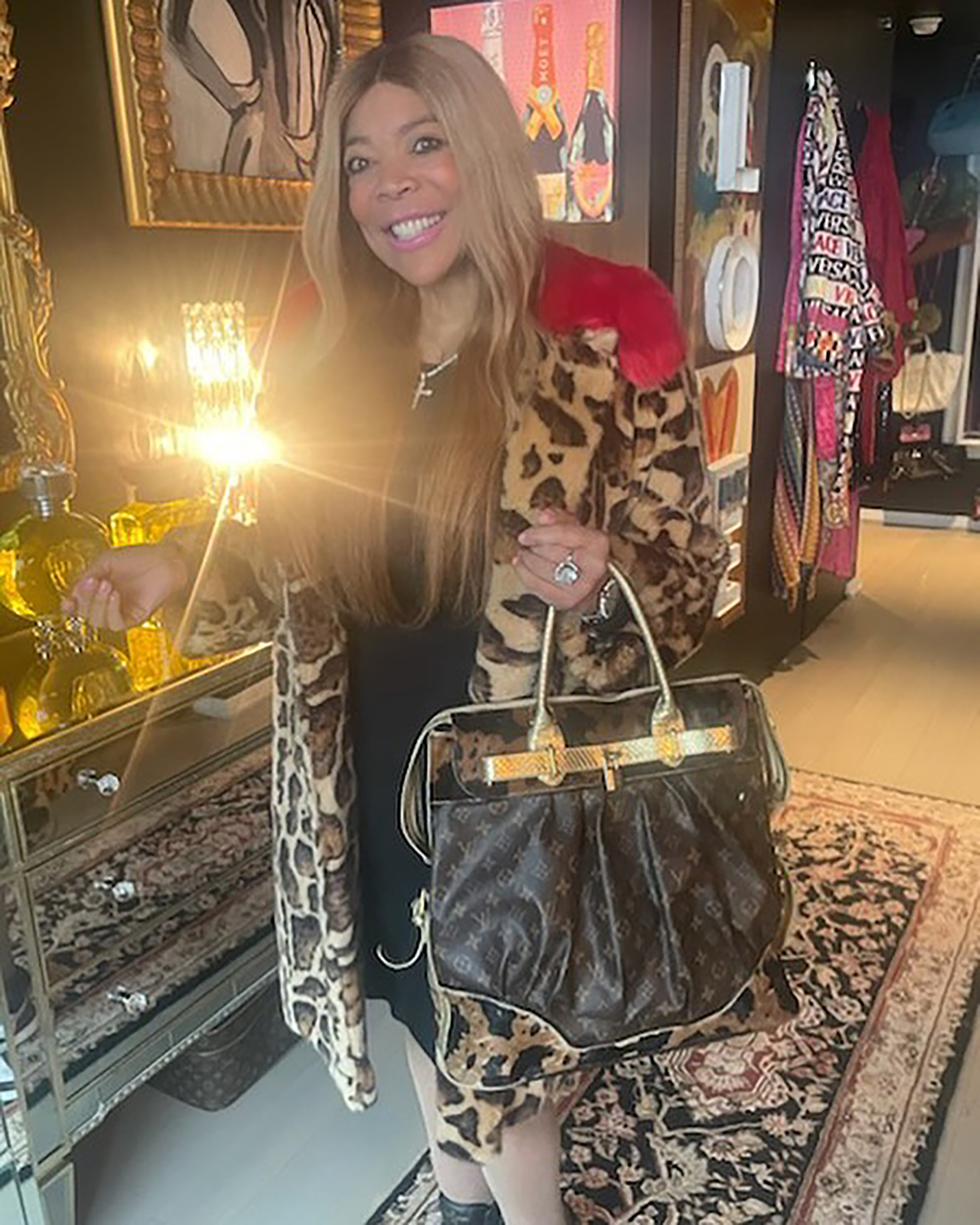 Thomas, however, said Schiller and Williams’ former manager, Young, were the only people to have access to her accounts.

“Lori’s responsibility was to pay all of Wendy’s and Kevin Jr.’s bills. Kevin has always reached out to Lori for the payment of bills, she said. “If anyone (Wendy or Kevin) needed money, they had to contact Lori so that she could initiate payment.”

Page Six has learned that Williams’ desire to buy Kevin Jr. a condo in Miami prompted what ultimately would lead to the guardianship she is now living under as ruled by a New York court.

Williams’ health issues forced her to step away from her talk show.
A source tells us that Williams enlisted Schiller to work out the details of the real estate purchase because the adviser allegedly promised the “Wendy’s Got the Heat” author that she could help her avoid commission fees. A month before Kevin Jr.’s lease was up, however, he got a call from his landlord that said he never received an offer to purchase and the price had skyrocketed another $250,000.

Thomas confirms these claims in her statement and explains that Schiller — out of nowhere — informed Kevin Jr. she “could no longer speak with him without Wendy’s written authorization” because a verbal one was “no longer sufficient.” In response, Williams asked to be taken to a local Wells Fargo branch to submit the written authorization and power of attorney; however, Thomas claims the local branch manager “refused to accept” the power of attorney.

Kevin Jr. (right) has stepped up to help his mom “mentally and physically.”
Williams and the branch manager called Schiller, who was in charge, who then would only agree to talk to Williams without anyone else present, including Thomas, who was her legal representative at the time.

“The right to counsel is a constitutional right that a financial institution does not have the freedom to curtail,” Thomas says in her statement, noting that Schiller ultimately agreed to fly to Miami to meet with Williams, but she never arrived. 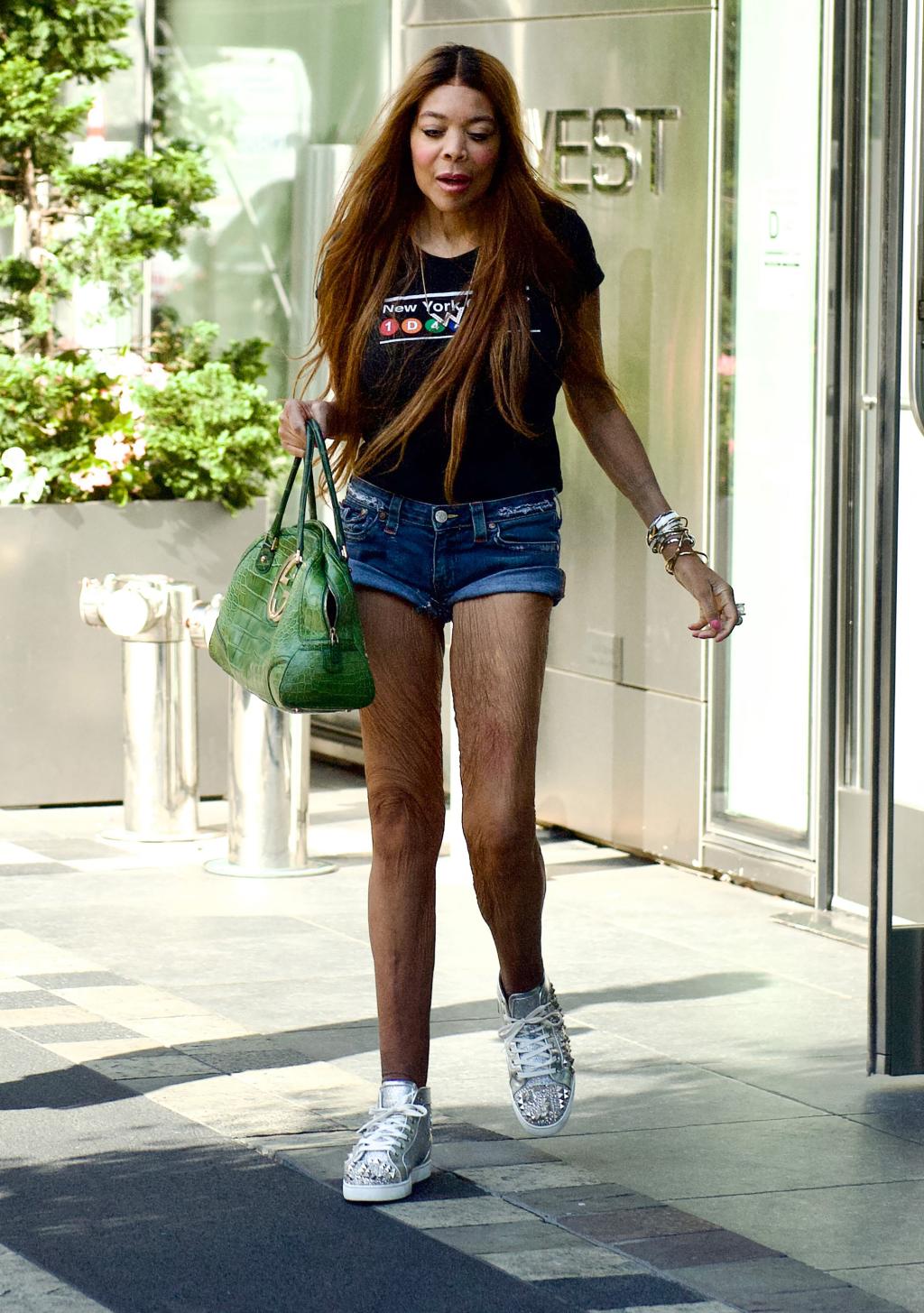 “Instead, [Schiller] locked Wendy out of all of her accounts,” Thomas claims. “[Schiller] restricted all access to every single account. Wendy was even restricted from going to the bank and personally withdrawing funds.

“… Wendy, a woman who has worked hard for her wealth, was left penniless,” the statement adds.

Williams’ rep said the former radio host had no response.

“The Wendy Williams” show was officially canceled in June.
“The real goal here is to help Wendy regain full and sole control of the assets that she has worked hard for the last 30 years of her life,” Shawn Zanotti told Page Six. “We would appreciate if you give her time to heal.”

Schiller didn’t respond to Page Six’s request for comment, but a spokesperson for Wells Fargo has denied “any allegations of improper actions with respect to Ms. Williams’ accounts.”

Williams has been under the court-ordered guardianship — with which she was “not in agreement” because she “feels that she is capable” of managing her money — since the spring.