Apple Watts is on the road to recovery after almost losing her life earlier this year. The reality television star had many fans worried for several months, as conflicting reports gave different views on her health and status. Fortunately for her, she has managed to pull through and will be back to herself eventually. In the meantime, Watts is starting to sort through the fundraiser created in her honor to aid in her recovery, and it looks like she has not received some of the funds. Apple Watts seems to think her sister is behind the missing mula.

and
Apple Watts was a cast member on Love & Hip-Hop: Hollywood and appeared on the show’s fifth and sixth seasons. Watts came from troubled beginnings with a drug-addicted mother and absentee father. Much of her storyline in the series centered around her trying to find her birth father and raising her three children, Richard, Kali, and Miyaki. Apple said one of her children’s fathers was incarcerated while the other was conceived with a sperm donor during a time when she was not dating men. LHHH also explored her getting wrapped up in a rivalry between A1 and RoccStar, who both pursued her for features while she was trying to be a rapper. She was eventually mentored by rapper Yo-Yo before leaving the show. 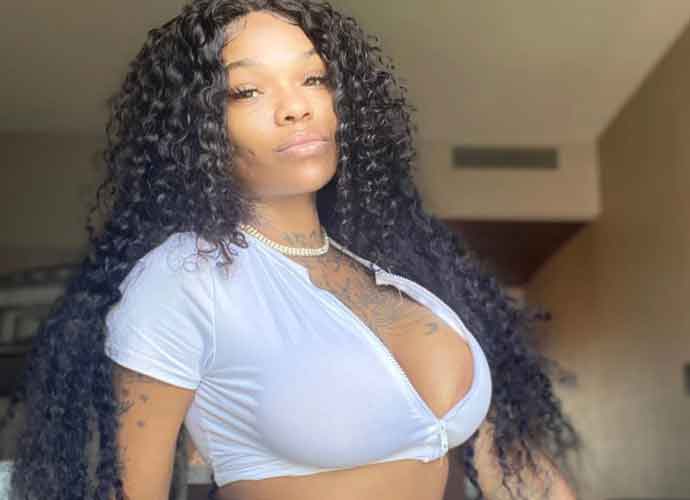 Watts was a popular dancer and entertainer locally in Los Angeles before deciding to pursue a career in hip-hop. Before switching paths, she appeared in videos for Chris Brown, Snoop Dogg, and Ty Dollar Sign. She also briefly appeared in adult films under the name Ms. Apple Bottom. She led a pretty busy social life and was on her way to Vegas earlier this year when the unthinkable happened. Her black Mercedes was struck by a Ford F250 diesel truck on the I-15 while she was en route. Her car is said to have flipped several times and burst into flames, projecting her from the vehicle. Apple sustained devastating injuries, including a fractured skull, broken spine, and shattered arm.

While Apple was in the hospital, her sister created a GoFundMe to help her raise some money for what would undoubtedly be a long hard road back to full health. Titled “APPLE WATTS SUPPORT,” the fundraiser was created by Dominique Flournoy and raised $15,825 since it was launched for Apple in March. Unfortunately, Apple says she has received none of the funds. 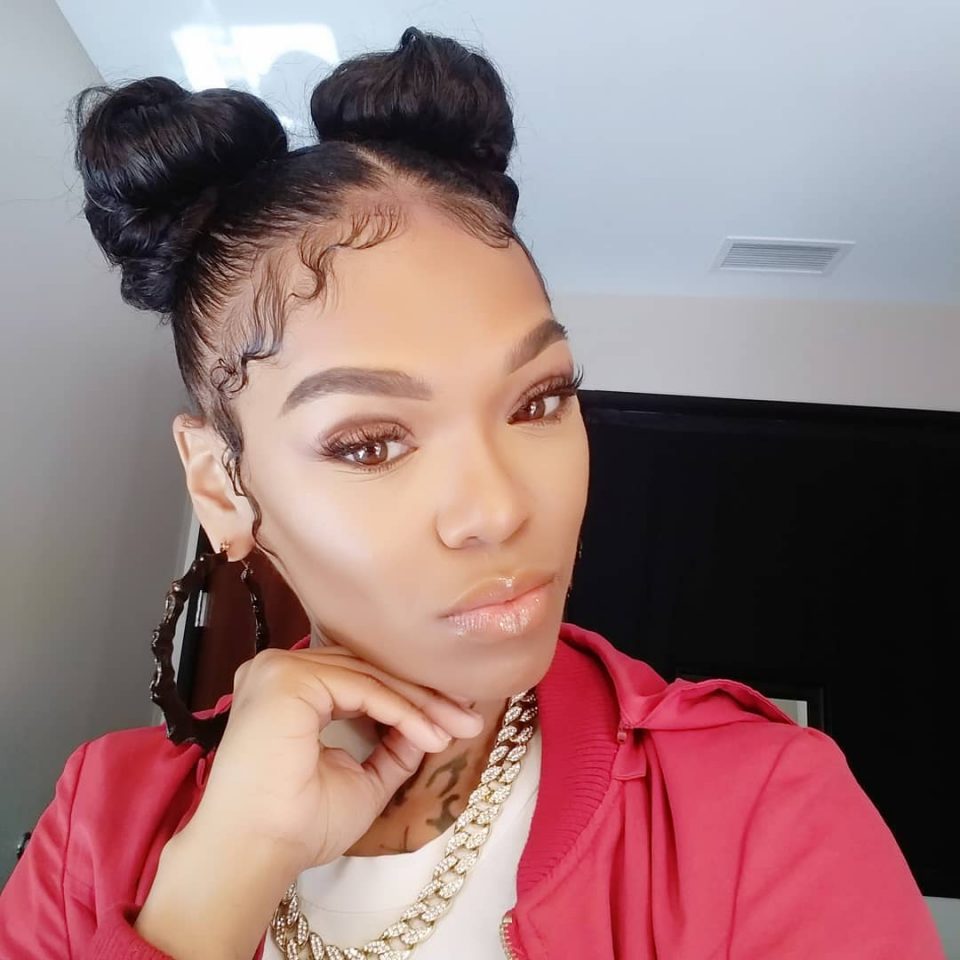 The former reality star is out of the hospital now and is taking to social media to call out her sister for pocketing her coins. Apple posted a video accusing her sister of stealing and saying that she needs help. “I’m in trouble,” she says in the caption. Fans in the comments felt for her and wondered how her sister could be mistreating her when what she needs most right now is support and peace to recover. Apple still cannot walk on her own and needs help to get around.

Apple’s sister Dominique took to social media to let fans know her side of the story. According to her IG story, Apple is suffering some real mental health issues following her accident and has been acting erratically in irresponsible. Domo says that Apple has been back running the streets with a new man who has her out in Vegas while Apple is missing appointments. “She has an appointment Thursday at 10 am. Someone who is smart, tell her to come home so she can handle her biz.” Dominique admits to having Apple’s money but does not admit to stealing it. 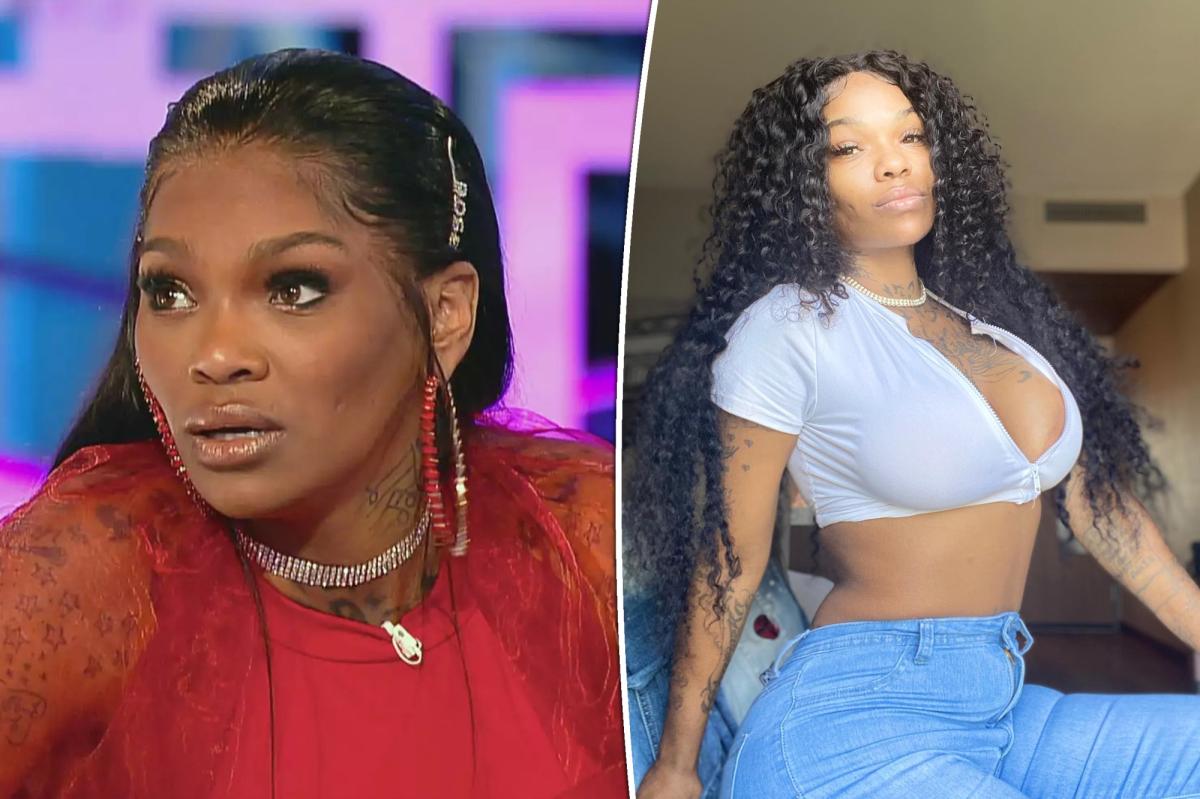 Instead, she says she is going to give Apple her money and allow her to go and be with her man, who Dominique describes as a “bum.” She says that Apple is missing medical appointments, court dates, and wellness checks on her three children who are currently staying with her sister. She claims Apple has only come to see them three times.

It’s unclear who is telling the truth, but Apple Watts supporters have begun sharing her CashApp information and urging fans to send money directly to her since she has not been able to access her GoFundMe money. Apple Watts has also created a new GoFundMe Campaign claiming she’s now handicapped and need help. The money will be used for physical therapy and medical supplies. Unfortunately the former reality star’s insurance will not cover it. $170 has been raised at the moment.