SINGER Teyana Taylor found herself in the hospital for exhaustion, after she says her body “gave out” just before she was set to perform at the Femme It Forward concert in Mashantucket, Connecticut Saturday night.

The Wake Up Love singer shared an update on Instagram, explaining what happened.

Next to a photo of herself lying in bed, flashing a peace sign, she thanked her fans for their support and understanding, and tried to explain a little of what happened.

“Y’all know Petunia don’t miss no shows & most importantly, know I’ve been leaving it all on tha stage for a month straight 1000%,” she wrote. “So I am really saddened to have not been able to do the same for you last night. 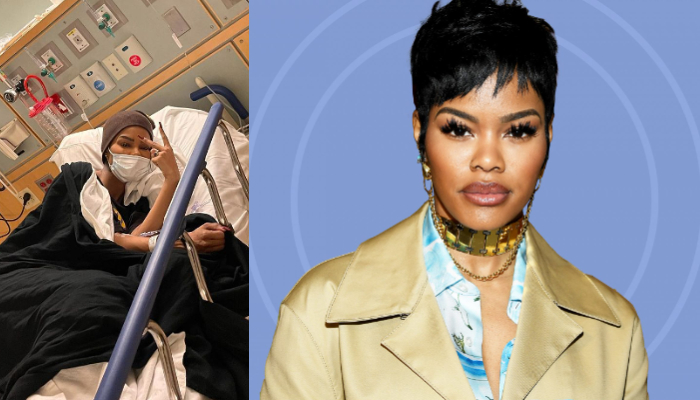 “My team & I tried everything down to the very last second to get me out on that stage, but my body simply just gave out, which actually started a few days ago.”

Iman Shumpert’s wife went on to say she’s powered through other ailments, like a broken foot, and still performed on stage. But this time, something was different.

“Honestly you have to listen to your body and know when to sit down; or it will definitely sit you down….. in the ER.

“Mine sat my ass down in the ER for sure but I’ve since got the proper fluids and nutrients put back into my body all night/morning & will take the next few off days to continue to recover.” 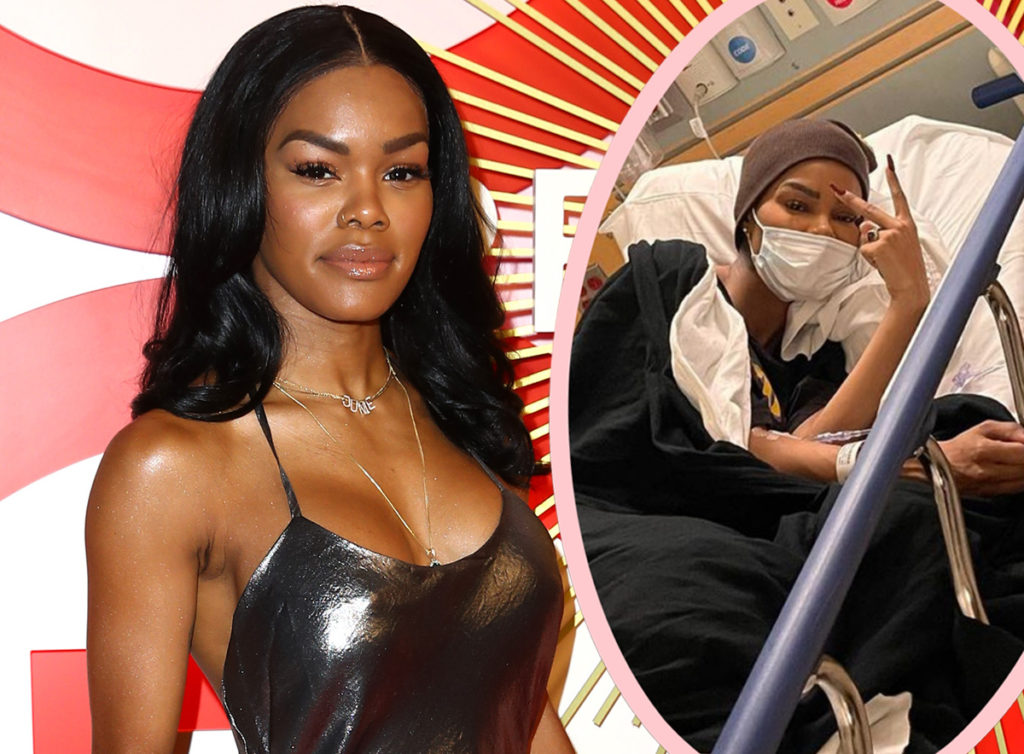 Teyana, 30, promised to reschedule her Connecticut concert, pledging to return “better than ever.”

The “Femme It Forward” show is part of Teyana’s final “Last Rose Petal…Farewell Tour,” which kicked off earlier this month.

She announced she plans to retire from music once the tour finishes.

Teyana had been riding high this year, especially after recently being named Maxim’s Sexiest Woman Alive in 2021.

The singer also had a role in last year’s Coming 2 America, and is married to NBA player Iman Shumpert. The couple share two young children. 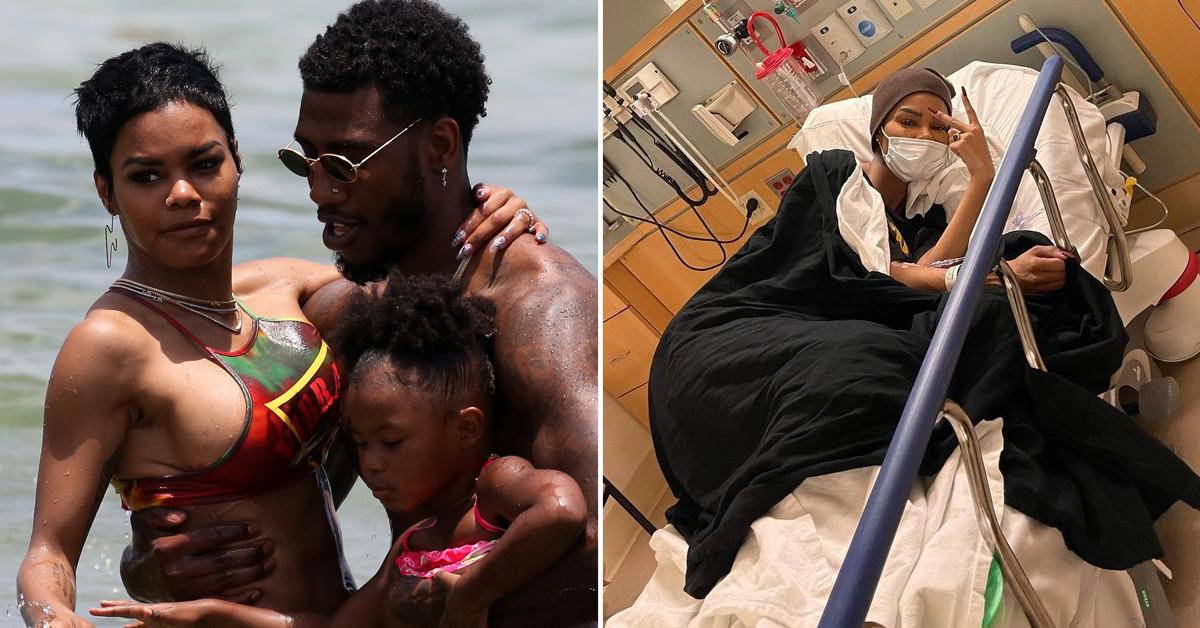 This isn’t the first time someone has become lightheaded at one of Teyana’s concerts. But last time, it was an audience member.

On Monday, November 8, 2021, Teyana stopped her show in Los Angeles to check on a fan in the audience.

A video from her concert shows Teyana pausing her performance to ask security to help her bring a fan who didn’t seem to be feeling well on stage to get some air.

“Bring her up here. She okay?” she said.

“I’m about to retire. You ain’t gonna sue me, baby… want to make sure you’re good, baby.”

With the help of her security team, Teyana was able to address the fan directly. After getting the audience member to say the words “rose petal”, Teyana concluded that the fan was okay to return to the crowd. 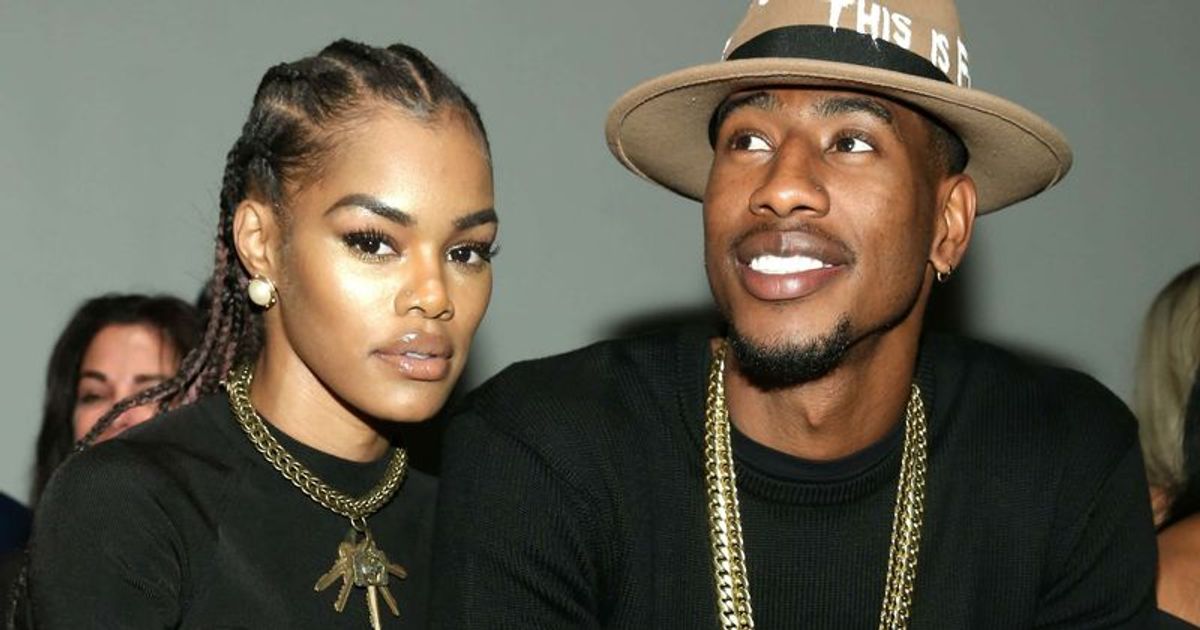 “Okay, baby. You good,” Teyana said, before returning to her performance.

Teyana and Iman wed in 2016 after meeting two years prior and became close friends.

We pay for your stories!

Do you have a story for The US Sun team?