Shaquille O’Neal is a sports icon beloved by the public. The former NBA star is a mountain of a man with a giant personality to match. He’s also got a large family that he deeply loves. Shaq has opened up about parenting over the years and how he has to switch things up when it comes to his daughters because they need a different type of parenting than his boys.

Yes she has too many options so we think she must have to ask any relation before fell in love to her father..

and
Shaq is a proud papa of 6. His children are sons Shareef and Shaqir and daughters Amirah and Me’arah, which he shares with ex-wife Shaunie O’Neal. He also has a stepson, Myles, from Shaunie’s previous relationship and a daughter, Taahirah, with his former girlfriend, Arnetta Yardbourgh. While talking about his children and their mothers on The Pivot Podcast, Shaq says, “I have two wonderful women that have given me beautiful, gorgeous children, I have to protect, and I have to provide and I have to love for them forever.” 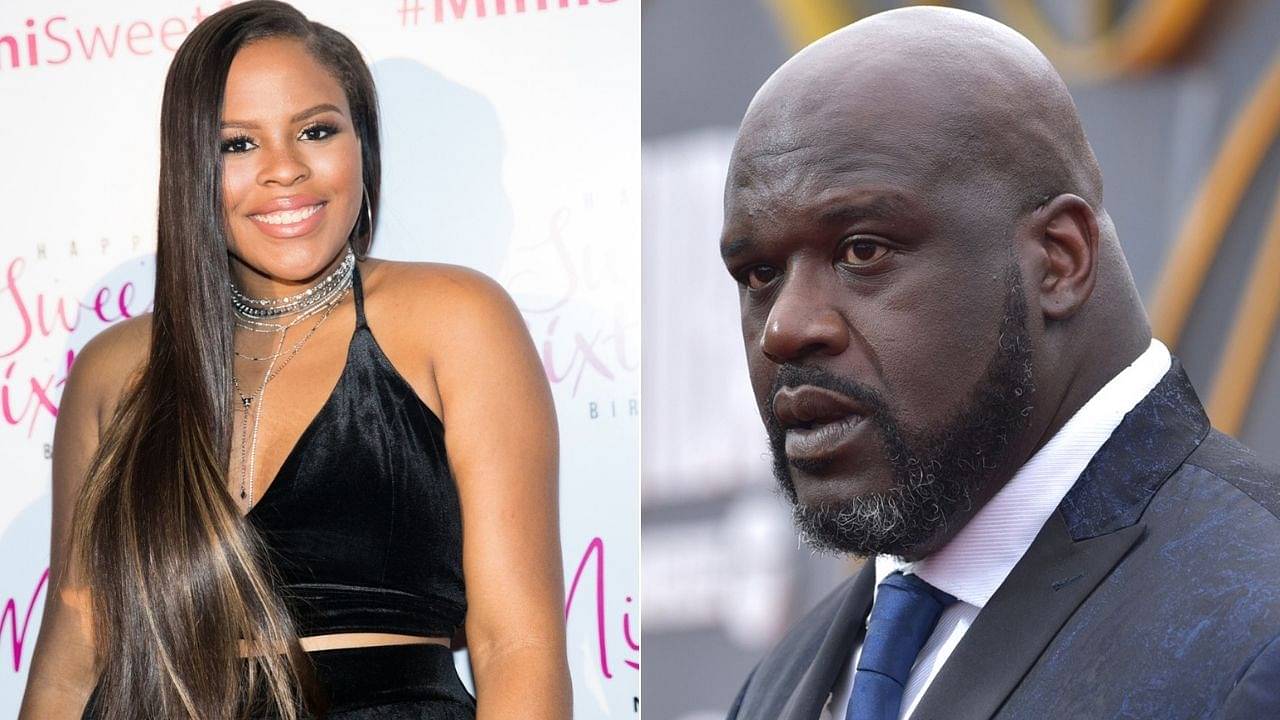 While Shaq has the means to provide his children with the world, he’s made it clear that he wants all his kids to be self-made and self-sufficient. Despite leaving the NBA with an enormous 300 million dollar fortune in 2011 that has continued to grow, O’Neal has pushed all his kids to go to college and pour into their own passions. Shaq stressed that even though some of his boys have chosen to pursue basketball, none of them are obligated to follow in his footsteps. Instead, all he wants is for at least one of them to be prepared to take over his empire when he retires in 20 years. His company Mine o’ Mine (MOM) was formed in 1993. His eldest daughter Taahirah is a part-time social media assistant there.

While talking about his kids with the guys over at The Pivot Podcast, Shaq admitted that while he does not outright have a favorite, he does prefer his girls to his boys. “I like my girls a little bit better.” Shaq explained that the girls require more love, catering, and affection. In return, they are more nurturing, better listeners, and easier to trust. Shaq says he cannot trust his boys much. “[The girls] are thinkers. You know how boys are. You put something right in front of them, and they (look the other way).”

According to Shaq, it is by this logic that his girls can stay in the house as long as they want, but the boys need to be out at 18. While he thinks the boys need to immediately be exposed to the real world, the girls require more time to figure things out and find their footing. Shaq says he does not mind paying for school and giving his daughters as much time as they need before heading off into the world.Shaq says he’s very focused on teaching his girls about different types of men and what to avoid.

He says he tells them all the time, “don’t mess with somebody that everybody wants. Cause he got too many options. It depends on how he was raised. He may take advantage of those options. You should get somebody you like, you respect, and you can control.” He also says he advises his girls against men like himself as well. “Cause your daddy was an animal.” Do you think Shaq’s advice is good?