Dave Chappelle is sharing his unfiltered thoughts about Will Smith.

During the opening night of his and Rock’s joint UK tour at M&S Bank Arena in Liverpool, England, Chappelle said Smith’s action was a “very strange choice,” according to multiple news outlets.

He saluted Rock’s authenticity throughout the years before alleging Smith “did an impression of a perfect man for 30 years,” per Deadline.

The Telegraph reported that Chappelle claimed the Fresh Prince of Bel-Air alum “ripped his mask off and showed us he was as ugly as the rest of us,” adding, “Whatever the consequences are … I hope he doesn’t put his mask back on again, and lets his real face breathe.”

“A lot of people forget who Will Smith is. Then 10 minutes before he was about to get the biggest award… he acted like he was back in Philadelphia,” Chappelle said, per The Telegraph, referencing Smith’s award for Best Actor for his role in King Richard, which he accepted just moments after the slap.

Once onstage, Rock also addressed the moment, asking attendees, “Did that s— hurt?” according to Deadline. “Goddam right… the motherf—er hit me over a bulls–t joke, the nicest joke I ever told.”

He pointed out that despite being hit, he went to work the next day, and insisted that he’s no victim.

“I’m here whenever you’re ready to talk,” Smith tells The Week Of actor. 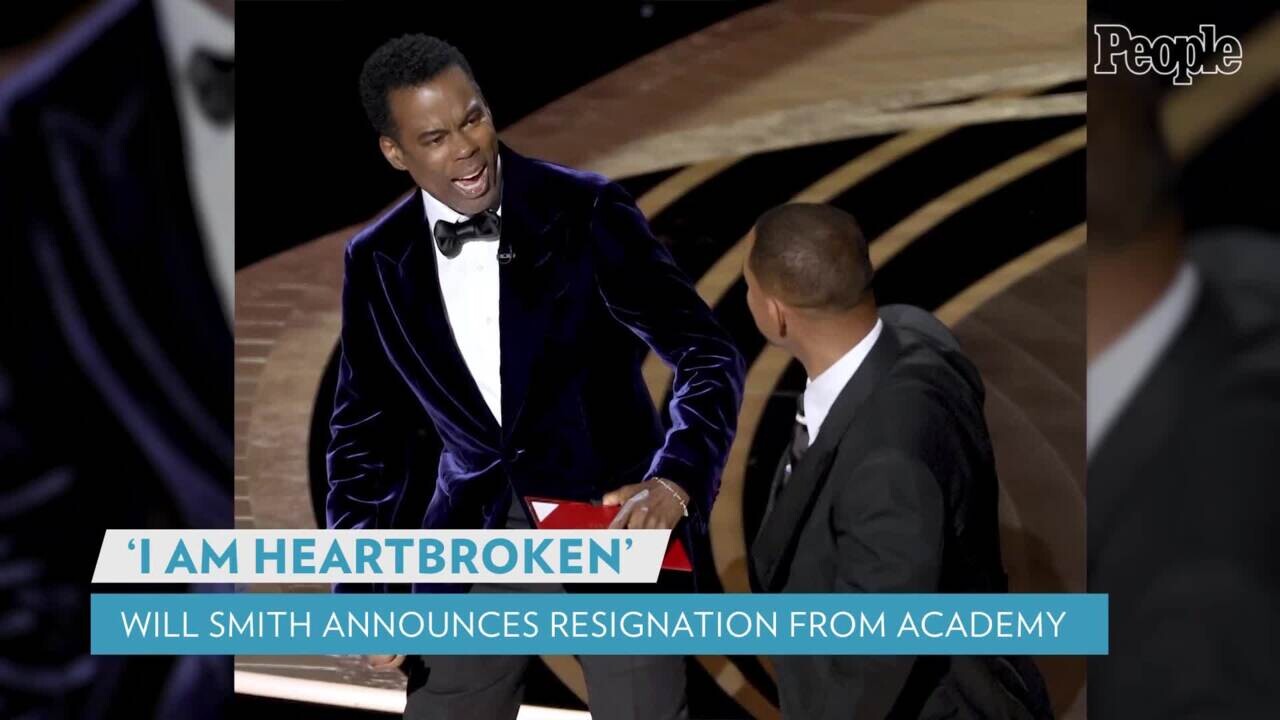 “I’ve reached out to Chris and the message that came back is that he’s not ready to talk, and when he is he will reach out,” Smith said. “So I will say to you, Chris, I apologize to you. My behavior was unacceptable, and I’m here whenever you’re ready to talk.”

Addressing why he didn’t apologize to Rock in his Oscars acceptance speech for Best Actor, Smith said, “I was fogged out by that point. It’s all fuzzy.”

The Bad Boys actor went on to say that he also wants to apologize to Rock’s mom: “I saw an interview that his mother did. That’s one of the things about that moment I didn’t realize, I wasn’t thinking, but how many people got hurt in that moment.”

“I spent the last three months replaying and understanding the complexities and nuances of what happened,” Smith explained, adding, “I’m not gonna try to unpack all of that right now but I can say to you, there was no part of me that thought that was the right way to behave in that moment.”

At the March 27 ceremony, before his win for Best Actor, Smith, 53, walked onstage and hit Rock on live television after taking issue with a joke about wife Jada Pinkett Smith‘s shaved head. (Jada, 50, lives with alopecia.)