The Game has beef with fellow Aftermath signee Eminem. Despite getting their starts under Dr. Dre, the pair have never necessarily been friends but always maintained mutual respect. Eminem even featured on The Game’s debut album, The Documentary, on the song “We Ain’t.” While The Game and 50 Cent fell out almost immediately, he held Eminem in different regard and even admitted to being a fan over the years.  Now The Game is reigniting his beef with the rapper in a new song.

There was a time The Game considered Eminem one of the greatest rappers of all time. “One thing that stuck with me is that Eminem is not to be [messed] with ever in Hip Hop, ever,” The Game explained. He went on to say that for that reason, he never once came at Eminem. “If you notice out of everybody I take a shot at, that’s the only person that’s untouched. He’s in a bubble, and you don’t even say nothing to Eminem. To anybody that ever does, God bless you.”During his Drink Champ interview earlier this year, The Game revealed that he no longer sees Eminem as his superior while discussing Em’s inclusion in the Dr. Dre lead Super Bowl Half-Time Show in Los Angeles.

The Game had already taken issue with his other friend-turned-rival 50 Cent taking the stage. Around the time of the Super Bowl, he responded to comments from fans who argued that he should have been there. “FYI, @losangelesconfidential should have been on stage at the Super Bowl,” said one follower. “I’ll be the first to say it,” it continued. The Game shared the post to his IG story with the caption “Sh**t brazy fr.” He then shared another post that read, “@losangelesconfindential SHOULD HAVE PERFORMED AT THE SUPER BOWL WITH @DRDRE. I MEAN, IT IS LA.” 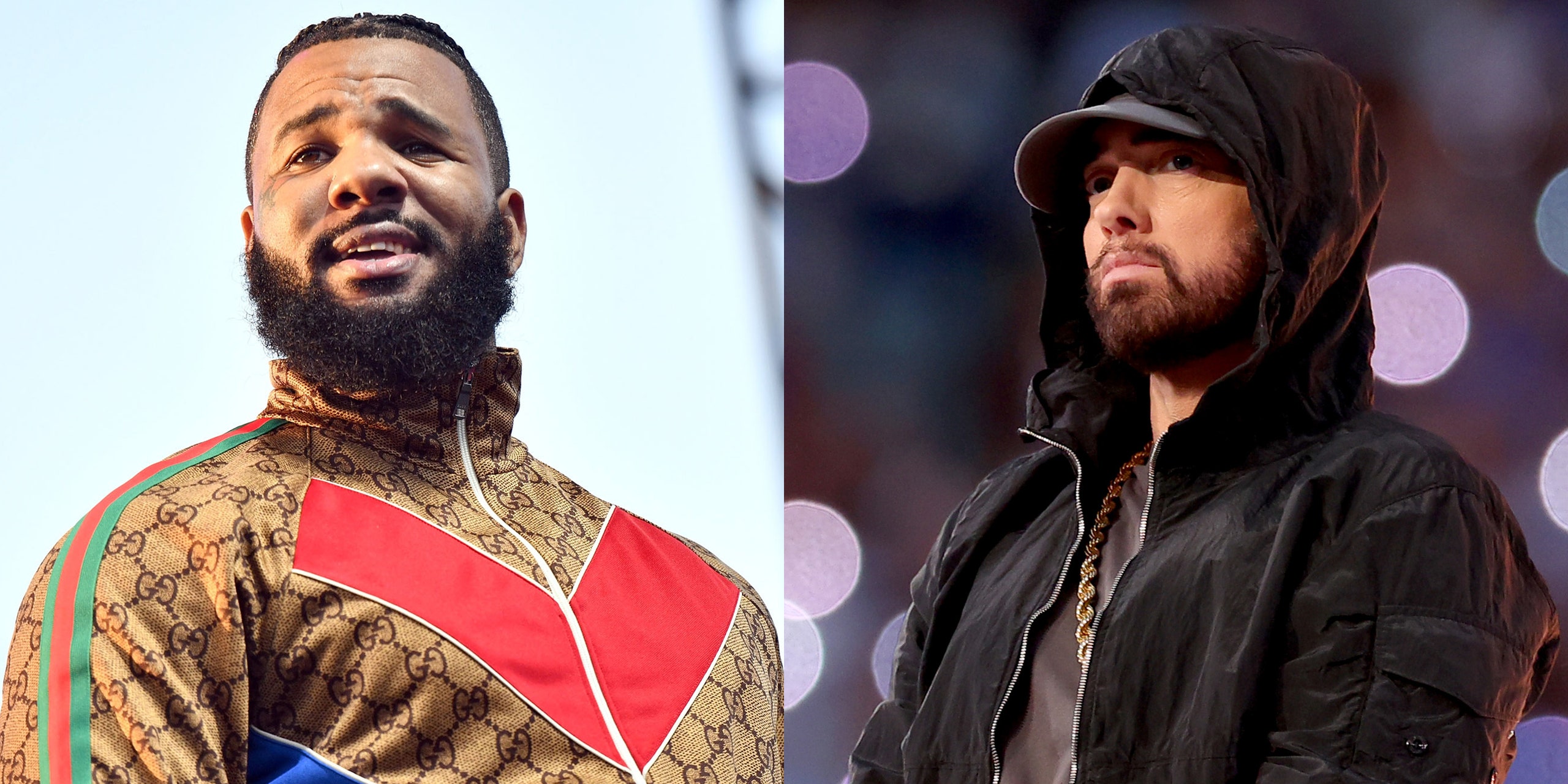 When it comes to Eminem, The Game was even more upset because he says he now realized that he is “better” than Eminem. “He not [better than me.] Challenge it,” he told N.O.R.E. When asked if he was sure, The Game said, “What are you trying to say? That I don’t wanna have no fight with the white man!?”  Fans responded, saying, “even now, em is still lyrically far better than game,” and “Why Game make it about skin color? Cmon dude. I like both MCs and listen to both a lot. Eminem is light years better in terms of lyrics.” 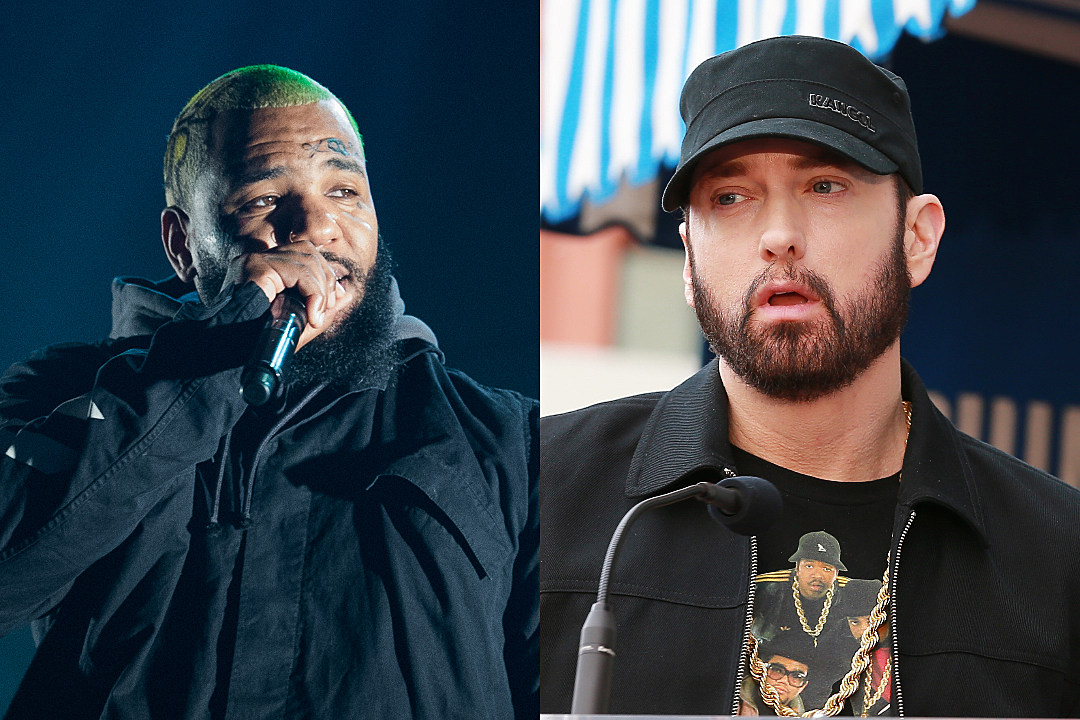 Today The Game decided to put his money where his mouth is and dropped a scathing 10 min diss track titled “The Black Slim Shady.” On the Big Duke and Brian King Joseph produced track, The Game frames the song as an uber ride around Detroit where his driver ends up being the brother of Stan, the fictional fan at the center of Eminem’s single of the same name. He takes shots at Eminem and members of his group D12. “So ficky-ficky Slim Shady, please, stand up/ Shoot the fade with me, I’d love to put these hands up/ I could .40 Glock you, unarmed/ Drop the world on your head with one arm,” 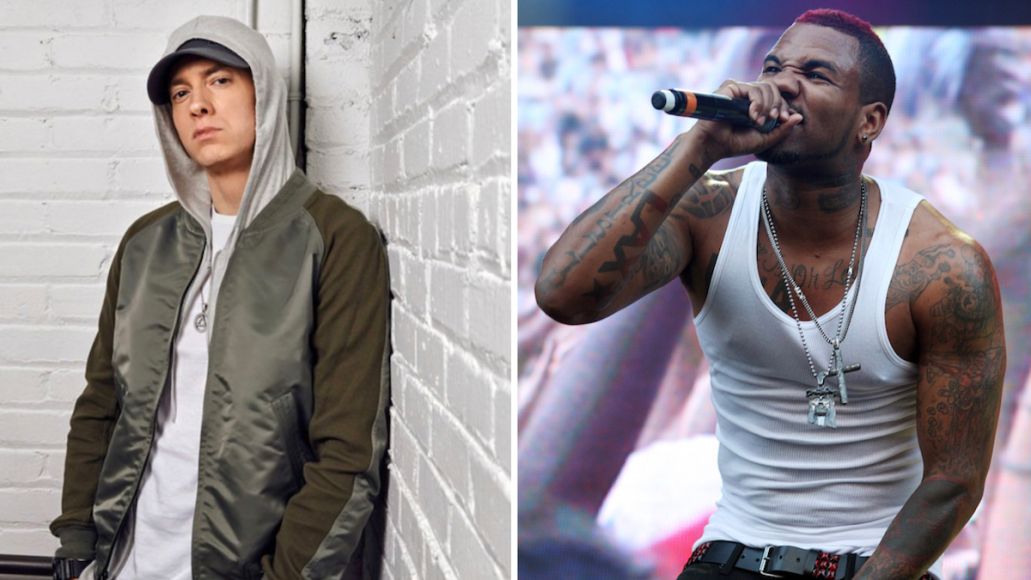 In a personal dig, he brings up Em’s daughter Hallie. “Dear Slim, Hailie’s with me, and she’s unharmed for now (Dad, I’m really scared)/ These are the deepest secrets, I keep, and I be on defense … You are not, top five, in mine, B.I.G or Pac eyes/ No André, no Nas, stop tellin’ white lies/ Sniff a white line, this the right time.” He then jumped in the comments section of an IG post about Hallie asking “can she rap?”