‘P-Valley‘ fans (and haters) have been buzzing over J. Alphonse Nicholson (who plays Lil Murda) firing back at Plies over an offensive joke the outspoken rapper aimed at his co-star and onscreen love interest Nicco Annan (who plays Uncle Clifford). 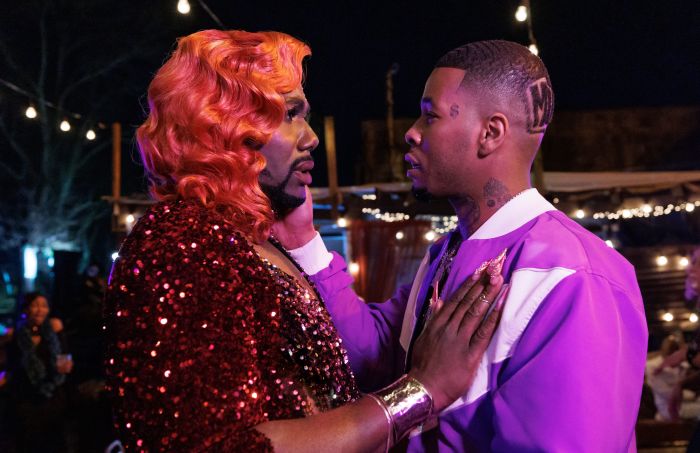 In a now-viral video, Plies can be seen jokingly recapping scenes from the hit show’s Season 2 finale that featured intimate scenes between Nicholson and Annan. The rapper said he was “traumatized” by what he saw.

A day later, Nicholson addressed the rapper’s comments (27-minute mark) during a recent interview with xoNecole’s Dana Blair, saying: “It’s interesting because he knew every character’s name, knew exactly what they said, and so you wonder ‘are people traumatized? Are you confused? Or are you just scared to kinda accept maybe who you are or those who are around you are?’“And I don’t got nothing against that brother,” he continued, adding, “I will say this publicly, though, I do think it’s very unkind to talk about people’s appearance and weight and if you have something harsh to say, like… the 300 pounds of pressure joke… Nicco Annan is my good brother, I love that brother, and I wouldn’t let anyone disrespect him to his face nor through the internet… but um yea, worry about your own weight, dawg… worry about your own height…”

Naturally, Nicco Annan was asked about Lil Duval and Plies’ debatably homophobic commentary during a quick curbside interview with TMZ.‘I say that they have brothers and sisters and others that are around them that are of the LGBT community–they have for a long time and it’s time they started to see them,’ said Annan when asked about Lil Duval tweeting that the show should have a gay sex advisory and Plies claiming he was ‘traumatized’ by a same-sex scene.

…I think it’s just something that they say for clickbait,’ he continued, adding, ‘I’ve never met Plies and I’ve never met Lil Duval, you know, but they are artists… I don’t censor what they say, what they rap about, you know, I bounce to some of their music but I also don’t tolerate foolishness and ignorance… it’s a new day…’

Do you think this type of commentary from Lil Duval and Plies will impact how the show is written going forward? Why or why not? Tell us down below!