Teyana Taylor Pays Tribute To Her Late Brother, Here’s Everything We Know About Fleeroy PC Mason

Teyana Taylor has a brand centered around music, dancing, fashion, and family. The Harlem starlette took to social media today to reveal that her family is short one member now following the passing of her brother Fleeroy PC Mason.

Fleeroy PC Mason only had about 2,000 followers on Instagram. His biograph credits him for having many job titles including marketing expert, graphic designer, web developer, brand developer and visionary with an interest in art and photography. 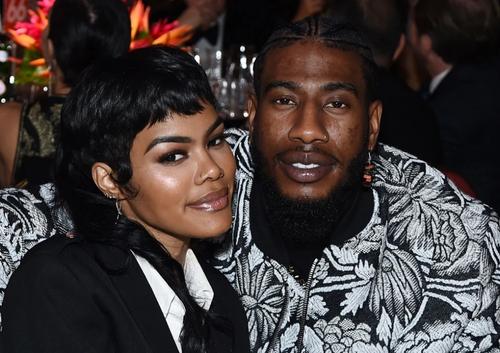 Fleeroy last time posting on Instagram was back in July 2021 where he recited Andre 3000’s ‘Keep ya heart 3stacks, keep yo heart” a famous line UGK – Int’l Players Anthem (I Choose You). As news of his passing surfaced, people began filling his comments with heartfelt goodbyes and memories. Many of his posts felt cryptic and personal; he mostly posted selfies and pictures of his family. In July of 2020, he posted a selfie with the caption, “Don’t I deserve love though I deserve loyalty! I want a family I wanna go home… I miss the [expletive] outta mine. I deserve someone that will come in my life and stay. #sos” followed by another one that said “lost happiness.”

Over on Facebook, Fleeroy shared a little bit more. According to the account, he had two other siblings outside of Teyana Taylor. A brother named Cozy Adams and another named Darren Wright.  The jack of many trades shared more concerning posts on Facebook., several of which seemed to allude to him experiencing pain and illness in recent weeks. He talked about no longer being able to walk and having some swelling in his belly. In another post, he shared a tweet about suicide and the people who try to stay alive for the ones they love. His post discussed people who decided to stay alive “despite their own feelings” and how brave they are for not taking their own life. “Lord, I’m waiting on my chariot to calvary. I’m so tired and thankful. I’m ready to go home,” he said on May 21st. Other sites reported him saying “f—cancer,” while revealing he was on an I.V. treatment several times in May and April. “Only awake for now to see Teyana MJ Taylor fit for the Met Gala 2022, then check out the reviews and go back to sleep… ” he said a few weeks back.

It’s been revealed that Fleeroy and Teyana Taylor shared the same father but different mothers. Teyana’s mother did have a close bond with Fleeroy, but Teyana’s dad was not in the picture for her. Teyana did a blog about her father a few years back where she revealed he was a man named Tito Smith who was too invested in his own life to raise her. In a 2010 interview, she said, “My dad was pretty much out there with the women. I’m cool with all of my dad’s baby mothers, though.” She revealed that she was also close with her two brothers and younger sister on her father’s side. Fleeroy Mourns his Dad and the Significance of 333

Teyana and Fleeroy’s father, Tito, would pass in 2020. In an I.G. post, Fleeroy paid tribute to their dad, saying, “Dad, I miss you so much. I need you you see me crying everywhere at the the drop of a hat just saying ya name?” He mentioned he had seen their father three times that year. Shortly afterward, he began using 333 in several of his posts. 333 is believed to be an angel number that represents a guardian angel being present. The numbers possibly made him feel closer to his father.

Teyana Taylor Mourns The Loss Of Her Brother

Teyana Taylor took to social media today to let fans know that her brother Fleeroy had passed away. “I can’t, I am broken. A piece of me is gone that I will never get back in the flesh.” She shared several images of them, including one of him holding her belly while she was pregnant. Her famous friends jumped in the comments to console her. SZA commented, “I’m so sorry T y’all were like peas in a pod I remember when we were all hella young.”

Her mother also shared a tribute to Fleeroy, saying, “I don’t even have the words right now. Just heartbroken.

Fly High, my extended son.” Close family and friends commented on her post, saying “This one hurts. I loved me some P.C.! Gonna miss him screaming. “My Auntie Better Than Yours!”