Has Scottie Pippen’s Ex-Wife Larsa Pippen Finally Found A Suitor To Treat Her Like Her Ex Once Did?

Larsa Pippen has made it clear that she is looking for a new love and has very high expectations. The former Basketball Wife may have found her match in NBA royal Marcus Jordan. Marcus is the son of Michael Jordan, who played basketball for years with Larsa’s ex-husband Scottie Pippen. Could this be a real love on the horizon or a messy storyline unfolding for a reality show?

Scottie Pippen and Larsa met in the ’90s and dated for several years, making things official in 1997. Their marriage produced four children, Scotty Jr. in 2000, Preston in 2002, Justin in 2005, and Sophia in 2008. Scottie and Larsa had their issues, like most couples, and would eventually announce a split in 2016. Scottie was the one who originally filed for divorce after the two had the police called on them twice over a “domestic dispute” at their Miami home. Scottie and Larsa released a joint statement at the time, saying,

“After careful consideration and 19 years together, Larsa and Scottie have each filed for dissolution of their marriage. Although they are no longer to be married, Larsa remains hopeful that she and Scottie will always do what is best for their four beautiful children and jointly raise them with love and respect.” This did not last long, and the duo tried again, last another year before Larsa filed for divorce the second time around.

Larsa rebounded pretty quickly with rapper Future, later downplaying their relationship in the media. In several interviews, Larsa claimed Future was just a friend who helped her through a difficult time, but he was just around for fun, and she did not take him seriously. Future named dropped Larsa and Scottie in his single “Rent Money” back in 2017 off his album HNDRXX. Larsa talked about it with Hollywood Unlocked, saying that Future was there for her during a “dark time” and gave her confidence, but it was never more than that. “That was stupid of him ’cause it was not that. He was delusional. It was not that. It was never that,” she told Jason Lee. 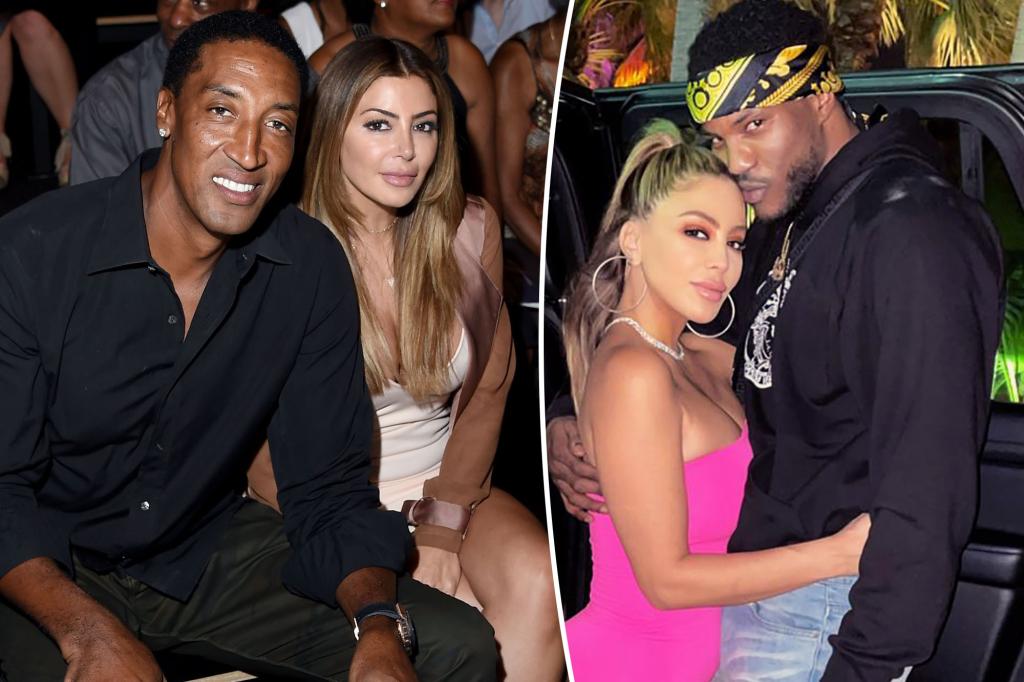 Larsa publicly dated Minnesota Timberwolves player Malik Beasley following Future. This union was met with a lot of backlash because Beasley was much younger than Larsa and still reportedly involved with his baby’s mother and married. The young lady, Montana Yao, took to social media to express her shock at the pictures of Beasley and Larsa holding hands in public. Yao and Beasley had just tied the knot in March of 2020 and had a baby in 2019. Larsa fired back on social media, telling her followers to not trust everything they see. “Even salt looks like sugar,” she told her followers at the time.

Well, we’re not sure what to call her latest connection, but it is sure to piss off a few people. Marcus Jordan is 17 years her junior and the son of one of her husband’s longtime teammates.

It is unclear how long they’ve known each other and if Larsa knew him as a child, but the duo seemed very close while enjoying dinner together in Miami. Her ex-husband recently called out Marcus’ father, Michael, because of the way Jordan portrayed him in the documentary “Last Dance.” Larsa and Marcus have not said anything about their union yet. Larsa recently spoke about her high standards for her next man and how much Pippen spoiled her. Who better to help her keep up with the lifestyle that she’s used to than a Jordan?