Chicago gang banger-turned-rapper Lil Durk is reportedly back on the market.

Rumors spread that Durk was single after his longtime girlfriend India Royale tweeted “I’m a free agent” and unfollowed him on Instagram on Sunday. 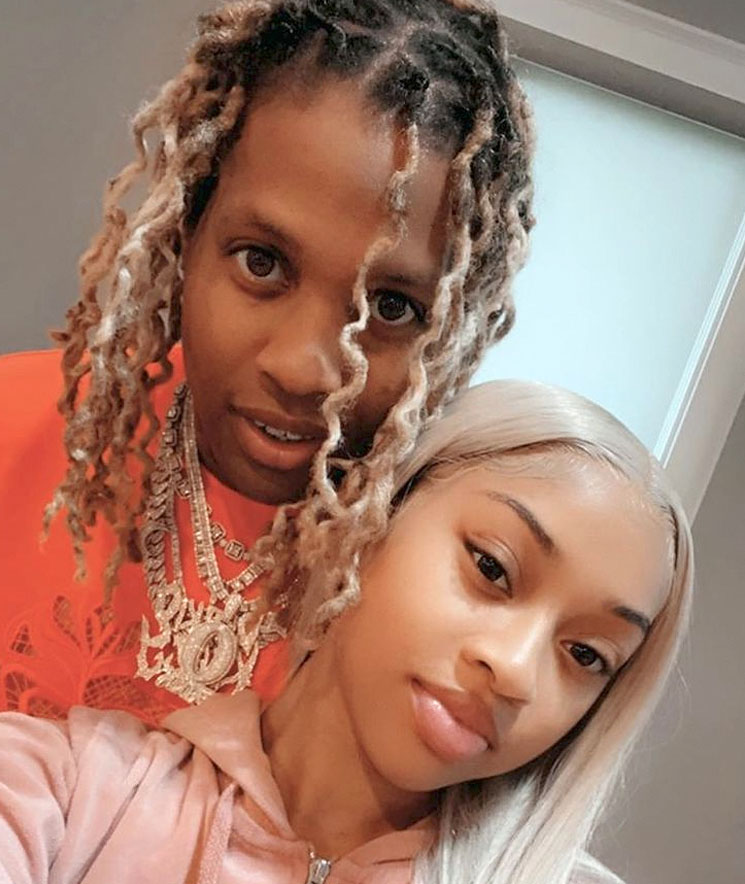 India also scrubbed his photos from her Instagram page, which doubles as a shrine to the late rapper Tupac Shakur.

A hopeful fan tried to flirt with Lil Durk on Instagram over the weekend.

The fan slid into his DM and wrote, “Fck India Slide With London. I’ll treat you better she don’t appreciate you.” 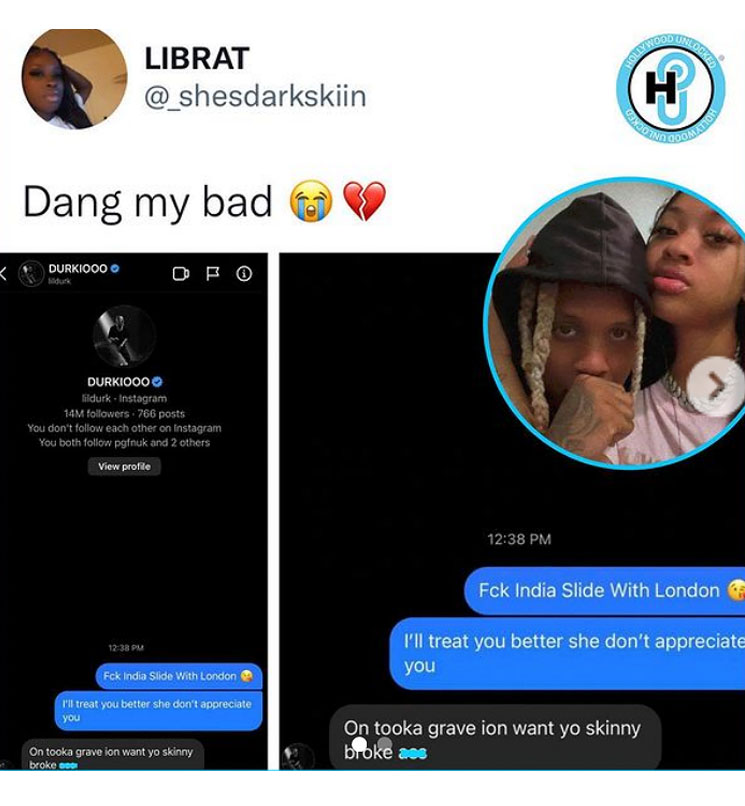 The shameless fan shared a screenshot of the DMs with a caption that read, “Dang my bad.”

India Royale, 27, is an Instagram influencer with over 4 million followers. She had a daughter named Skylar before she started dating the drill rapper in 2017. They share a 3-year-old daughter named Willow together.

Durk also has 5 other children by 4 baby mamas.