At the moment, Lori Harvey is trending on the micro-blogging site Twitter not because of her professional work but instead, it’s because of her personal life. Keep scrolling to learn everything about the whole matter. Michael B. Jordan and Lori Harvey trend on Twitter after her alleged private video gets leaked online

Lori Harvey began trending on Twitter after an alleged private video began swirling on the internet on Friday. One blogger claimed that she saw Lori’s private video on social media.

Up until now, not many social media users have been able to confirm the statement of the blogger. It has been stated that the blogger who started all these rumors has ghosted now. As of now, neither Lori Harvey nor Michael B. Jordan has made any official comment on the private leaked video matter. Hopefully, the two of them will clear the air and address the entire situation soon.

When did Lori Harvey and Michael B. Jordan start dating?

As per reports, Lori and Michael began dating in the year 2020. The pair made their romance Instagram official in January of 2021. Then, the Black Panther actor posted two dark and grainy lovey-dovey pictures of himself and his then-girlfriend Lori on the social media platform Instagram.

In the Instagram post, Michael also tagged Lori Harvey as well as photographer Leo Volcy. Lori and Michael B. Jordan called it quits in June of 2021 after one year of dating. Their breakup came like a big shock to their fans as they thought these two were just made for each other. They were describing them as “couple goals” at the time. How did the fans react to Lori Harvey’s alleged private video?

One user blamed Michael B. Jordan for the video and wrote, “Michael B Jordan said enough is enough and uploaded the Lori Harvey tape.” Followed by a user who penned, “Lory Harvey really broke Michael B Jordan’s heart just to get her sex tape leaked a year later city boys really are up.”

A user went on to say, “Me in Michael b Jordan’s dms asking for Lori Harvey’s video.” Another user tweeted, “It’s creepy how a lot of men are searching high & low for that Lori Harvey video. How are you so pressed to get off on something you know wasn’t meant for you to see?” 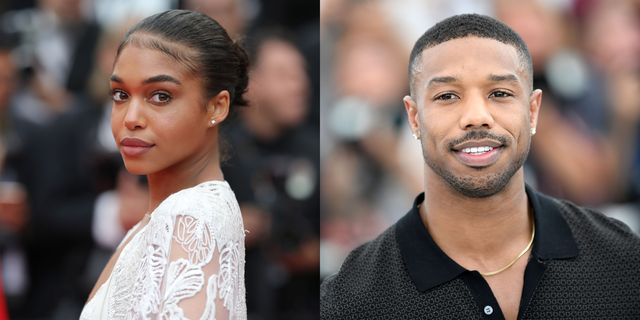 One user penned, “Lori Harvey dated Depay, Trey Songz, Diddy, Diddy’s son, Future and Michael B. Jordan. She’s collecting these niggas like infinity stones.” A user further added “Or how about this one: Men don’t like Lori Harvey because she did a good dude like Michael B. Jordan bad.”

These were a few reactions of the fans to the Lori Harvey’s alleged leaked video. Don’t forget to stay tuned with us for the latest updates from the world of showbiz.