Megan Thee Stallion is busier than ever. The Houston hitmaker just celebrated the release of her album Traumazine to much fan fair and has been busy making the promo run, showing off a handful of new looks, big-budget videos, and a lot of social media posts. This type of rollout is going to come with some hateration, and Meg recently took to Twitter to let people know that she is not playing with her peace this time around and is willing to miss a couple of posts if it means she does not have to take someone to court. 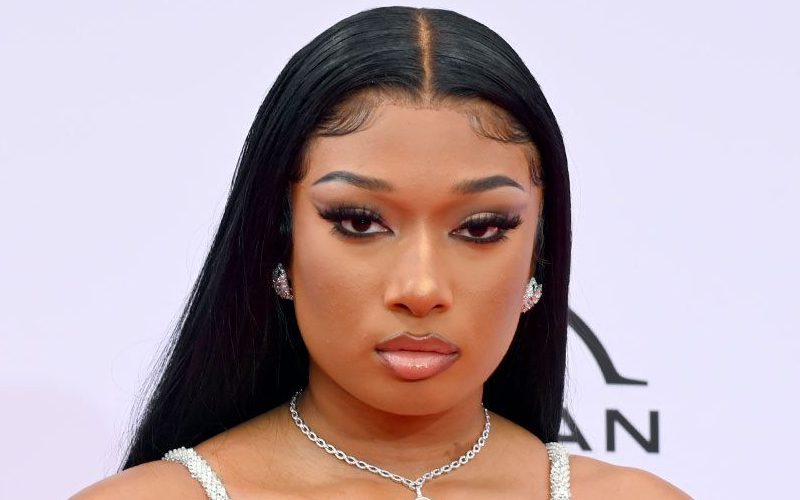 Meg’s new album is a star-stubbed affair featuring the likes of Dua Lipa, Latto, Future, and many more. People are loving the latest content, and today alone, Meg was trending thanks to a multi-colored dress full of cutouts and a lot of cleavage. Fans were in her comments section dropping heart emojis and giving her props for the look. Dochii responded, “Megan fr I can’t take it,” while Justin Skye lamented, “I just tried this same thing on today, and … I def didn’t look like this

With all the love still comes a lot of negativity. Megan suffered some devastating losses while becoming a star that apparently fans have been trying to tease her about. “My parents are dead jokes are so tired,” she Tweeted earlier today.

Those will remember that Meg’s mother, Holly Thomas passed in 2019, right when she was making her mainstream crossover. Holly was a significant influence on Meg and was managing her at the time that things began to take off. Thomas died in March 2019 from a longstanding cancerous brain tumor. Meg’s grandmother died in the same month. She was a significant influence on Meg’s decision to study health administration and also helped foster her goal to establish assisted living facilities in her hometown of Houston. Meg’s father, Joe Pete, passed away when she was a teen, and he spent much of her life in and out of jail. In February, she launched the Pete and Thomas Foundation in honor of her parents.

In a separate Tweet, Megan also said people continue to make jokes about her shooting incident with Tory Lanez. “Shooting jokes are tiredddd,” she tweeted right after the one about her parents. While both acts have moved on from the experience to varying degrees of success, many people still question Meg’s side of the story and believe she lied about what happened to her. “First people are making jokes about your family who passed away, and now shooting jokes? That’s beyond disgusting and disrespectful. What is going on?!? Sending you so much love Meg. I’m so sorry,” said one fan.

Meg is making it clear she is not here for it and has opted to delete all her social media accounts from her phone so that she no longer sees the taunts. “Deleting all apps bc anyone that’s gone see me gone see me IRL or gone see me in court,” she said following her first two Tweets. Fans supported her decision and promised to uplift her no matter what. “Take care of urself love just know hotties will always ride hard for you, we love uuu.”

How do you think Meg will handle her social media sabbatical?