The View co-host Whoopi Goldberg sparked conversation online after she revealed the reason why she has no eyebrows – much to viewers’ surprise, as most of them didn’t realize she had none!

On a segment for The View on Monday, 66-year-old Goldberg discussed an apparent “new trend” that is seeing celebrities bleaching or shaving their eyebrows – using Kendall Jenner, Lady Gaga, and Doja Cat as examples of the growing fad. 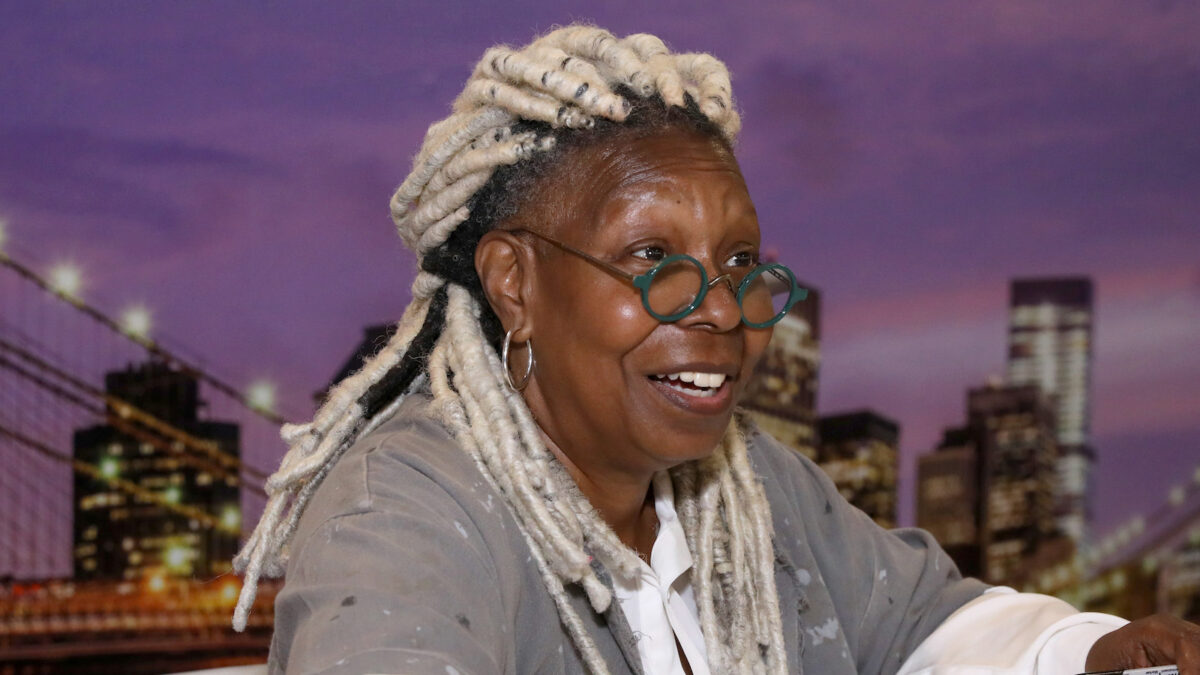 Though, while eyebrow bleaching is definitely nothing new, Goldberg’s revelation that she actually had none obviously was for some, who hadn’t even noticed her brows were missing!

In the clip, which is up on The View’s YouTube channel, Goldberg tells the audience: “I have to do this with a straight face,” before adding: “Stars like Kendall Jenner, Lady Gaga, and Doja Cat are getting in on the trend of shaving or bleaching their eyebrows.”

“How do you feel about this no-brow look?” the Sister Act actress asks, before pulling a face at the laughing audience – because they’ve just realized that Goldberg herself is already rocking the no-brow look.

One of Goldberg’s four co-hosts, Sara Haines chimed in, telling her colleague that she “never noticed” Goldberg had no brows, despite sitting next to her for six years on the show: “I look right into your eyes, and I did not notice.”

“I was married to a man who didn’t notice,” Goldberg quips, earning her another roar of laughter from the audience.

Ana Navarro, another co-host, agreed with Haines, telling Goldberg that her face was so expressive she didn’t even need eyebrows. Sharing the reasoning behind her hairless forehead, the Ghost actor said: “I had eyebrows as a little kid and you know how men get those bumps? I started to get them on my face, so my mother removed them.”

Golberg was referring to Pseudofolliculitis, a condition fairly common in people with curly hair (especially men of African descent) that presents as hard bumps on the skin. It occurs when curly hairs grow back into the skin, causing inflamed and irritated bumps, and often appear after shaving.

After her mother removed her brows, Goldberg revealed she “just kept doing it,” and now doesn’t know her face with them.

Many viewers and fans of the show commented on the video, revealing they were just as surprised as Haines was to discover Goldberg had no brows.

One fan wrote: “Omg, I have been watching Whoopi’s movies since I was a child and I have never noticed that she had no eyebrows or fake ones in some cases. I don’t think she needs them though. Her face looks fine the way it is.”

Credit: YouTube.com
While someone else added that they had been shocked at the discovery a few years ago, writing: “I actually noticed Whoopi didn’t have eyebrows a few years ago. I was shooketh too.”

Credit: YouTube.com
“I don’t think I ever noticed Whoopi without eyebrows either. But not a surprise. I can know someone for a long time and discover new things about their physical appearance. Like a mole, tattoo etc. I look at people in their entirety. Never really focused on specific body parts unless it’s really apparent [sic],” a third user chimed in.

Credit: YouTube.com
Looks like we’ll all be looking at Goldberg’s eyebrows (or lack thereof) next time – once you see it, you can’t unsee it!