R&B Singer Mary J. Blige Found Her Happiness and She Refuses To Let Anyone Take It Away

Remember when Mary J. Blige declared in her iconic 1994 single “Be Happy” from the My Life album that that was all she really wanted in life? Thankfully, the legendary superstar artist has discovered her joy and happiness. Fans of Mary J. Blige are well aware of her years of struggles and hardships. So it is indeed a time of celebration in her life. However, she’s got a warning for anybody that dares to threaten her newfound peace. Life didn’t start easy at all for the Yonkers, New York native. Unfortunately, throughout her childhood, she suffered a life of violence, substance issues, inappropriate misconduct, and more, both to her and her surroundings.  Mary J. Blige fans also know that for years, she turned to substances to numb the pain. But, according to an interview with Parade, the Academy Award-nominated actress expressed that she became a product of her environment which ultimately turned “bigger than [her].”

The singer told the publication that she had no respect for herself, which turned into self-hatred. “I thought I was ugly,” she admitted while adding she would do whatever it took to feel better. For many, love and romance are often a beautiful and well-needed escape from the troubles of the world. However, for Mary J. Blige, her public relationships seemed to prove otherwise.

The singer often described her early life as “hellish,” In a 2002 interview with The Guardian, she referred to her 20s as “spiritually dead.” One of the factors that contributed was her relationship with Jodeci singer K-Ci Hailey.   It is no secret that the relationship between the R&B superstars was tumultuous and toxic. Mary J. Blige spoke about their (not so) love story in her Amazon Prime documentary, Mary J. Blige’s My Life. While recording her debut album, she met the Jodeci singer and entered into a romance with the singer. However, the romantic aspect didn’t last long before things took a turn.

Mary J. Blige confessed to The Guardian that her relationship with K-Ci Hailey nearly ended her life. She explained that although there were many fights during the span of their relationship, there was one in particular where Hailey drew a weapon on her. That instance forced Blige to realize that enough was enough, and she wanted “no more of this drama.” So, after six years of turmoil, Mary J. Blige walked away.
continued.
Things then started to appear on the up-and-up for her in the love department when it was revealed that she was in a relationship with her former manager, Kendu Isaacs. In 2003, the then-couple exchanged vows in an intimate ceremony. He even became the subject of her 2005 smash hit, “Be Without You.” But that all changed when Mary J. Blige announced that she was filing for divorce from Kendu Isaacs. According to TMZ, she cited “irreconcilable differences” as the reason. It was later revealed that her ex-husband had been cheating on her and using her finances to allegedly fund his mistress’s lifestyle. 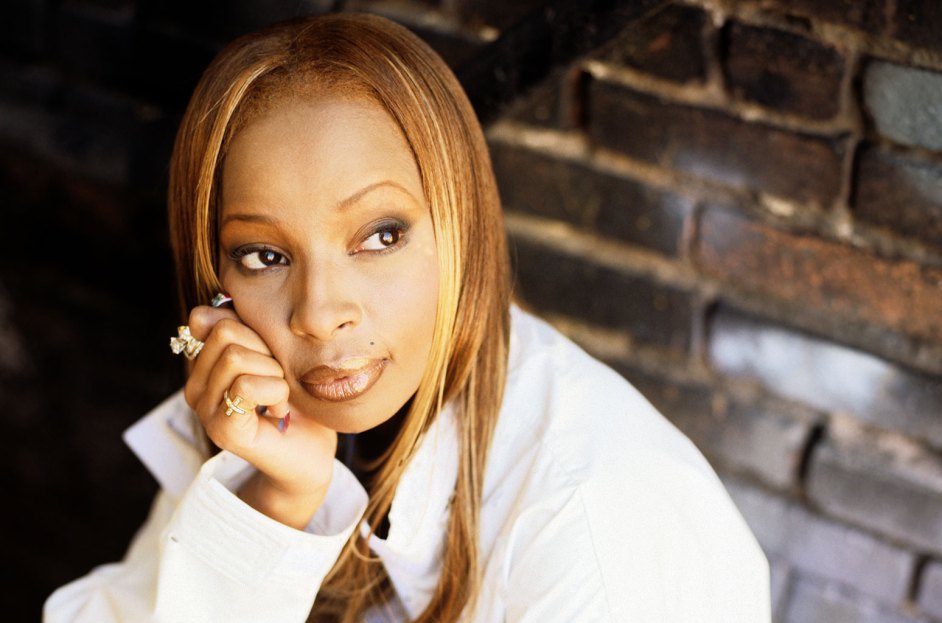 Soon, the divorce started to prove highly costly for the Grammy Award winner. She was then ordered by a Judge to cough up a large monthly sum of money to her ex. Isaacs also requested over a hundred thousand dollars in alimony during the proceedings. Finally, as reported by Entertainment Tonight, Mary J. Blige successfully divorced her ex-husband in 2018. But she had also faced issues with the IRS. A report from Complex shows that the singer has had years of problems with her taxes. However, she was hit with a tax lien in 2019 for owing the government almost $1.2 million.
and
But Mary J. Blige is singing a different tune. For one, she’s referring to herself as Gorgeous now. But she’s still on a quest for love. Blige tells Angie Martinez this time that she has “found the love for Mary.” In addition, she shares that she’ll [mess] anybody up that tries to take it away” from her. Mary J. Blige added that she’s worked hard to get to this point and has “earned it.” “It’s so real,” she said to Martinez. But that doesn’t mean her work is done. On the contrary, Blige insists that she has to do the work daily to remain happy.