Vivica Fox Painfully Shared The “Biggest Regret” Of Her Life

Vivica A. Fox is an accomplished American actress, producer, and television host. The 56 year-old actress was once featured on Oprah Winfrey’s show, Oprah: Where Are They Now?, where she revealed her biggest regret.

As an actress, Vivica A. Fox has taken on may roles in her acting career. She’s played an assassin, bank robber, and a stripper in Independence Day. However, out of all the roles that Vivica has played, there’s one role that she regrets not playing and that’s the role of motherhood. Despite the fact that Vivica has great relationships with children as she is an aunt and godmother, she regrets not having children of her own. Upon seeing fellow actress, Halle Berry, with her children, Vivica longed to have her own babies.

In an open and honest conversation with Oprah, the two legends discussed how Fox’s life has changed since her early days of success and what she has learned about herself over the years, both professionally and personally. Fox, was once married to singer Christopher ” Sixx-Nine” Harvest from 1998 to 2002 and dated rapper 50 Cent. There were rumors that her marriage with Harvest dissolved due to cheating and Fox vowed that she would never marry again. Vivica surprised many when she shared with the world that out of all the men she has dated and fallen for, 50 Cent was the ‘love of her life.’ Sadly, none of those relationships resulted in children.
Known for liking younger men, Vivica was once engaged to Atlanta club promoter, Omar ‘Slim’ White. During their engagement, the couple began to work on having children as Vivica’s biological clock was ticking. However, their relationship didn’t last long and the two eventually parted ways. 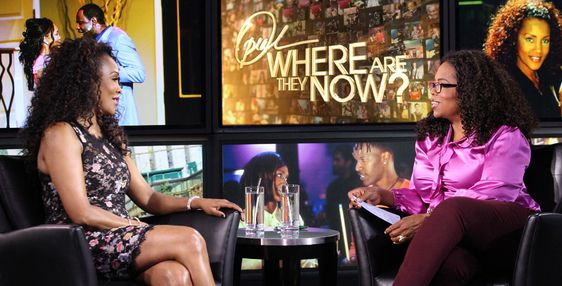 After discussing the ups and downs of Vivica’s public life, Oprah steered the conversation towards motherhood.

“Do you ever miss being a mother?” Oprah asks Fox in the video below.

Oprah was shocked by Vivica’s admission when she revealed that not being a mother was her biggest regret.

“Of course,” she says. “That’s the biggest regret of my life, that I didn’t have a child. Oprah appears surprised by hearing this. I didn’t expect that answer,” she tells Fox.
In speaking with Oprah, Fox shared an eye-opening experience that led her to realize the beauty of motherhood. She was once on the red-carpet with Halle Berry. Seeing Halle with her daughter touched Vivica’s heart and at that moment, she had a revelation.

“I’ll never forget seeing Halle on the red carpet at the Essence [Black Women in Hollywood] Luncheon. She just had [her daughter] Nahla, and I said, ‘Wow she so beautiful.’ She said, ‘Vivica, if I knew then what I know now, I would’ve had five of them,’” Fox recalls. “She said, ‘The joy I see in her eyes is just like no other high that I’ve ever experienced.’”

It’s an experience Fox now says she wishes she could have felt for herself.

Watch The Interview Below: