A former Virginia Tech student and football player can now breathe the most enormous sigh of relief. Isimemen Etute had the most horrific year of his life after connecting with whom he believed to be a woman on the dating app Tinder in April of 2021. What followed was a host of sad events. But thankfully, a not guilty verdict was delivered in Etute’s case, making him now a free man. 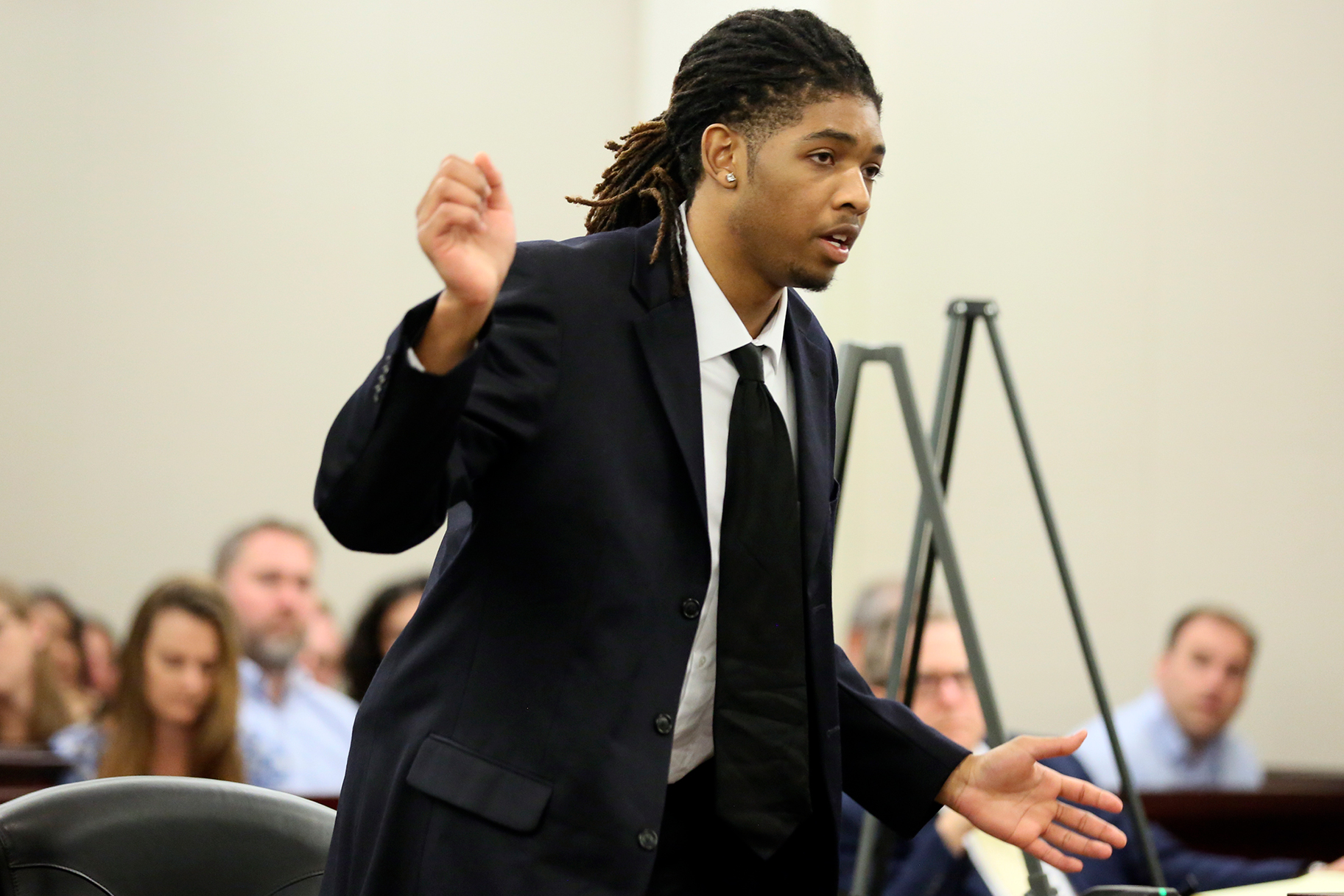 In 2021, 18-year-old Isimemen Etute thought he met a 21-year-old woman named Angie Renee, posing as an “emergency room physician,” according to The Roanoake Times. At the time, Etute was a freshman at Virginia Tech, where he also played football as their linebacker. They would reportedly meet on April 10th, when the 18-year-old male received an act of pleasure from his Tinder date at the latter’s apartment.However, a follow-up encounter with the two ended with a fatal tragedy. The New York Post offered an account given by Isimemen Etute to authorities through Assistant Commonwealth’s Attorney Jason Morgan.

According to the report, Etute arrived at the same apartment on May 31st for another potential encounter. However, this time he would be surprised to discover that Angie Renee was really a 40-year-old man restaurant employee named Jerry Smith.What followed was an incident that left Jerry Smith deceased. His body was discovered in an unrecognizable state the next day, reports the Post. Isimemen Etute was later charged for the incident.

This also trickled down into the young football star being suspended from both the Virginia Tech Hokies team and the university. With Isimemen Etute’s fate held in the balance by a Virginia judge and jury, the young man began to feel support from family, friends, and former teammates. Also firmly in Etute’s corner were his attorney, Jimmy Turk, and Turk’s family.

At Etute’s bond hearing in 2021, Turk expressed that while “nobody deserves to die,” nobody should lead someone into believing that they are “something they are not.” Turk also emotionally pleaded for Etute to be released on bail. The former football player confessed his feelings of “letting people down” and said he was “truly sorry for his actions.” Etute also had no priors at the time compared to Jerry Smith’s many previous offenses including including filing a false police report, public intoxication, driving under the influence, and reckless driving among others.
Etute was later released on bond while placed on house arrest. But he finally was able to go to trial in Montgomery County Circuit Court recently. According to The Roanoke Times, attorney Jimmy Turk argued that Etute was the “real victim.”

Isimemen Etute also took the stand in the three-day trial, where he shared he felt “violated” and argued that the act was in self-defense. Details were also revealed that Jerry Smith harbored a weapon hidden between his mattress and box spring. Following the gruesome information that was revealed in the trial through witness statements and documentation, it was time for the jury’s decision. Isimemen Etute, his legal team, and his family were relieved when the not guilty verdict was revealed, which sent everyone into a happy emotional state.

“He’s going to get his life back, and I’m hopeful,” said Jimmy Turk to reporters. The Times also reports that his parents broke down in tears following the verdict while his father “collapsed.” Etute then was able to have the ankle bracelet from the house arrest removed. Isimemen took to Twitter to simply say, “God is good.” This was his first tweet in nearly one year.

The story received widespread attention when the news first broke of the incident in 2021. Those who followed the story celebrated Isimemen Etute’s freedom on social media, with many agreeing that Smith should not have been catfishing. “Listen ! I never tricked a man and never will it’s just wrong and disrespectful TO YOURSELF ASWELL !! Let this be a lesson,” wrote one fan on Instagram.

“Stop playing with people. Like seriously just be honest, there are plenty of men who don’t mind,” another wrote. A social media user expressed gratitude to the judge for giving Etute a “second chance.” Another wrote, “Truth is. It’s sad All the way around. Be honest with who you are. Be proud of who you are. And you let people CHOOSE to love it or not.”

Prior to the incident, In 2020, Virginia Tech recruited the 6’3″ 185LB athlete from Cox High in Virginia Beach. He was the number 36 prospect in Virginia and 45 inside linebacker in the country, according to 247sports. Etute attended middle school at TS Great Neck Middle School in Virginia Bech.