Back in 2019, Marc Walsh got back from grocery shopping and realized his wallet was gone. He thought he would never see it again. That was until two teenagers proved him wrong by showing up on his doorstep with his wallet in hand.

As a disabled war veteran from Detroit, Walsh was more than grateful to get his wallet back with everything still inside.

Since he was a disabled veteran, every dollar Walsh came by was essential. He was disappointed in himself when he first lost his wallet, and he wasn’t sure what would happen after that. Speaking to Light Workers, Walsh explained how he was incredibly distraught.

He was between jobs and needed money desperately. He had given up hope on finding his wallet and couldn’t help but wonder where his next meal would come from. Instead of calling the police to alert them of the wallet, Walsh just thought it was gone for good.

Thankfully, he couldn’t have been more wrong. As he was going over the day in his head, his roommate gave him a call; the wallet was found with all of Walsh’s things still inside! Walsh knew that something truly miraculous had happened. He immediately pulled over and began to cry! He was so overwhelmed with happiness.

When Walsh got home, he saw on his security camera that the good samaritans were two young girls. He was floored to see two young kids being so honest and kindhearted. And even though this story is from 2019, it continues to inspire readers, reminding them that the world isn’t always as dark as it seems. 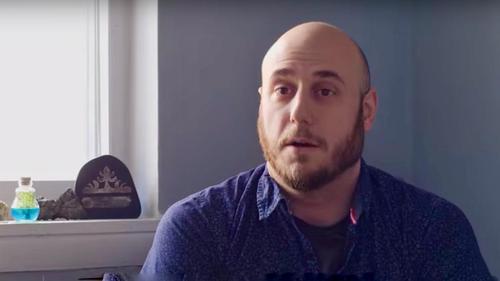 Since Walsh was now on the receiving end of this act of kindness, he knew he had to show his appreciation. He contacted local news stations to start a search for the local girls. Soon he learned the good samaritans were two 14-year-old sisters: Makyla and Mahkia Vincent. According to the girls, they found the wallet on their way to school. They brought the wallet back home, and once they saw the military ID, they knew they had to bring the wallet to Walsh.

Makyla pointed out that if Walsh had been her grandfather, she would’ve wanted someone to bring the wallet back to him as well. Walsh rewarded the girls’ kindness and honesty with money, thankful that they were the ones to find it that day.

In the months since Walsh shared his story with the world, countless readers have been inspired by these two kindhearted sisters.

“Glad to hear about kids doing something good. There are so many wonderful teens that get overshadowed by the bad ones. Good for you girls this Granny is proud of you both,” Suzanne Smith wrote on Facebook in response to an earlier 2020 apost.com story.

“Real Americans! Too bad the idiots get so much press! The idiots are the minority yet they get all the attention! Sad! God Bless you and you families!” Michelle Gordon added, echoing Smith’s sentiment.

“Heartwarming! Some children are still being raised with compassion and decency!” Gerri Cassidy Cullinan commented, thanking the young women for their kindness.