Here’s Why Mary J. Blige Never Performs ‘Be Without You’ During Her Set List

Mary J. Blige is a once-in-generation superstar. The Queen of Hip-Hop Soul has had the rare ability to evolve with the times while still keeping her unique blend of raw vocals and street demeanor intact. Fans have followed her through various career iterations, from her work with Diddy to her work with Dr. Dre, collaborations with Elton John and U2, and even an entire album built with brilliant pop producers from London. A stand-out moment in her career would have to be her 2005 single “Be Without You.”

“Be Without You” was the lead single from Mary J. Blige’s seventh studio album titled The Breakthrough. Released on December 20th, 2005, the album is a classic in her catalog because it features a fresh crop of music producers and songwriters, many of which Mary was working with for the first time. The album had production from 9th Wonder, Rodney Jerkins, Jimmy Jam and Terry Lewis, Bryan-Michael Cox, J.U.S.T.I.C.E. League, Raphael Saadiq, Chucky Thompson, Cool & Dre, Ron Fair, and will.i.am.

The lead single, “Be Without You,” was a bit of a change of pace for Mary, who for years was championed for her songs about heartbreak and sadness. The song talks about a relationship that has brought a great deal of joy and positivity to the singer’s life. It featured the lyrics, “Anybody who’s ever loved ya know just what I feel. Too hard to fake it; nothing can replace it. Call the radio if you just can’t be without your baby.”

The video starred Terrance Howard as her love interest. Howard’s casting was not a coincidence because the green-eyed actor shared the signature characterist with the song’s real-life inspiration, Kendu Issacs. Mary J. Blige was very happy and in love while working on The Breakthrough. She was a newly married woman, having tied the knot with music industry executive Kendu Isaacs in December 2003. Mary says she took her wedding and vows very seriously after years of bad relationships. She opted for a small nuptial with just family and friends. Her mother and sister cooked all the food and they kept it intimate. Mary and Kendu also abstained from intimacy until they married. They admitted to reading the bible together and really working hard to ensure their marriage would last. 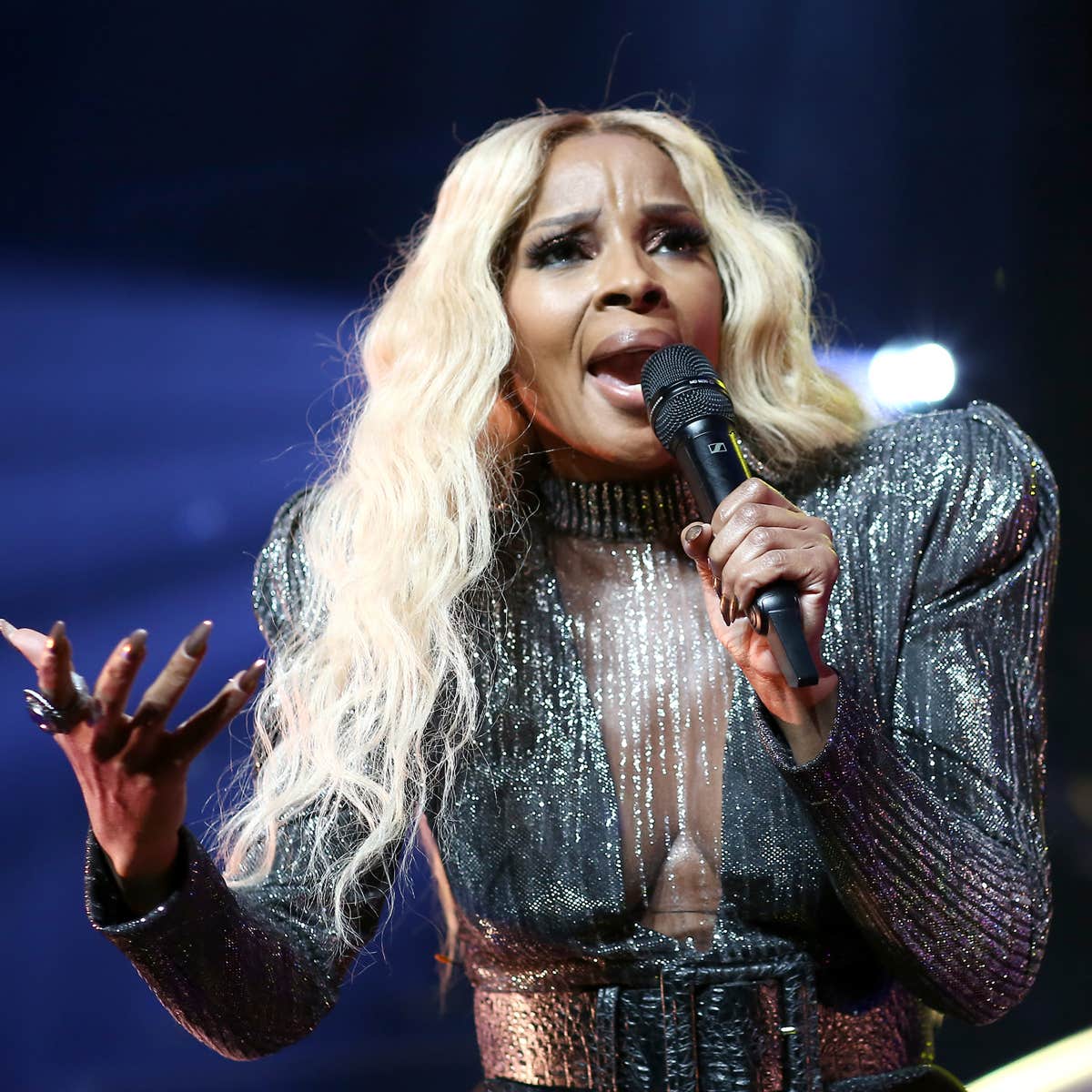 This was evident in the song as she sang about “always staying, through the bad, thick and thin.” Helping Mary pen her ode to Kendu Issacs was music industry heavyweights Bryan Michael Cox and Johnta Austin. The pair were responsible for similar hits like Usher’s “Burn,” Danity Kane’s “Ride For You,” and Mariah Carey’s “We Belong Together.” Like those songs, “Be Without You” featured a similar song structure with heavy use of piano, syncopated lyrics, and big money notes at the end.
and
Unfortunately, Mary’s fairytale did eventually end after 13 years. It is alleged that Kendu had started a relationship with an artist he signed to Mary’s label. Mary initially filed for divorce in 2016, but it was not finalized till 2020. In the split, Issac made off pretty well and was rewarded temporary spousal support of $30k a month and $135k in retroactive pay. Mary was also asked to pay $100k in lawyer fees. She is also estranged from his children, whom she helped raise for a bit of their marriage.

Blige continues to thrive as one of the most booked women in music. Oscar nominations, hit television shows, and a Super Bowl Halftime performance have all occurred since the split. She’s got her revenge body popping and has been pouring a lot of her pain back into her music. Mary also continues to tour the world and perform for sold-out crowds. Fans of “Be Without You” will be sad to find out that any upcoming Mary setlists will not feature one of her biggest hits. VladTV recently caught up with comedian Luenell, when he spilled the tea on a conversation he had with Bryan Michael Cox. Bryan claims that the song is now a bittersweet topic for him because he knows Mary plans never to perform it again. The songwriter and producer claims the the song was about Mary J. Blige’s ex-husband and due to the bad breakup she’ll never sing it again.